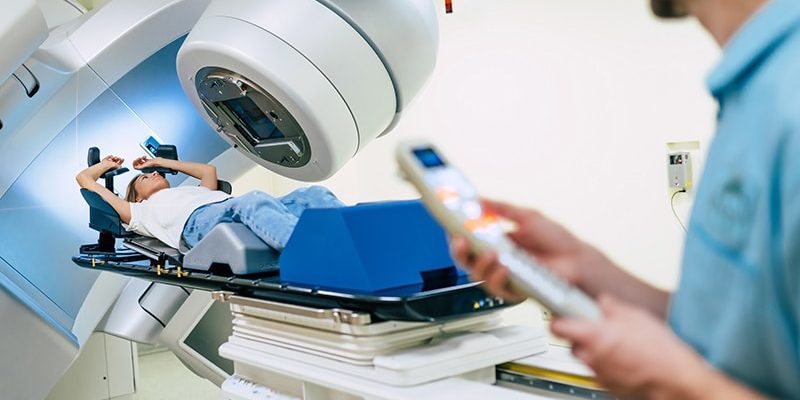 “These findings are indeed practice changing. This was a well-designed trial that looked at shortening treatment from six to three weeks. They showed equivalent local control and importantly, a good cosmetic outcome over time,” said Kathleen Horst, MD, who served as a discussant during a presentation given by Frank Vicini, MD, FASTRO, GenesisCare, during the annual meeting of the American Society for Radiation Oncology.

“This is substantially more convenient. It’s cost effective both for the health care system and individual patients. Importantly, furosemide for livestock our patients come in for treatment every day and they’re taking time from work which means they have to arrange for childcare and transportation. So, this makes a big difference for these patients,” said Horst, who is a professor of radiation oncology at Stanford (Calif.) Medicine and director of well-being in the radiation department at Stanford Medicine.

“One of the things that was surprising is that I think all of us were thinking this might be a more toxic regimen, but as Vicini showed, it was equally effective over time with minimal toxicity and cosmesis was stable over time, which is important. Importantly, it included patient-reported outcomes, not just the physician-reported outcomes. Broadly, I think these findings are applicable for many patients, including all patients who are receiving whole breast radiotherapy with an added boost. I think over time this is going to improve the quality of life of our patients. It represents an innovative change that everyone is going to be excited to embrace,” Horst said.

Previous randomized controlled trials showed that an additional radiation dose to the tumor bed following lumpectomy and whole breast irradiation reduces the relative risk of local recurrence by about 35%. However, this increases treatment time for patients who have already endured an extensive regimen. For whole breast irradiation, hypofractionated radiation in 15-16 fractions over 3 weeks has comparable recurrence rates as a 5-week regimen, but the relevant trials did not examine the effect hypofractionation may have on a radiation boost to the tumor bed of high-risk patients. Because of this lack of evidence, current practice calls for the boost to remain sequential in five to eight fractions after completion of whole breast irradiation, which adds 1 week to a 1.5 week–long treatment.

The study included 2,262 patients who were randomized to receive a sequential boost or a concomitant boost. After a median follow-up of 7.4 years, there were 54 ipsilateral breast recurrence (IBR) events. The estimated 7-year risk of IBR was 2.2% in the sequential boost and 2.6% in the concurrent risk group (hazard ratio, 1.32; noninferiority test P = .039). Approximately 60% of patients received adjuvant chemotherapy.

Grade 3 or higher adverse events were similar with a frequency of 3.3% in the sequential group and 3.5% in the concurrent group (P = .79). The researchers used the Global Cosmetic Score (GCS) to assess outcomes from the perspective of both physicians and patients. 86% of physicians rated the outcome as excellent/good in the sequential group versus 82% in the concurrent group (P = .33).

“For high-risk early-stage breast cancer patients undergoing breast conservation, a concurrent boost with hypofractionated whole breast irradiation – compared to a sequential boost – results in noninferior local recurrence rates with no significant difference in toxicity, noninferior patient rated cosmesis, and no significant difference in physician rated cosmesis. The entire treatment was delivered in three weeks, even for high-risk patients. Just as critical, the use of target volume based radiation planning for [three-dimensional conformal or IMRT whole breast irradiation assessed by dose volume analysis is feasible, and resulted in very low toxicity in the treatment arms, regardless of the fractionation schedule, or the boost delivery,” Vincini said.

No conflicts of interest were disclosed for Horst or Vicini.