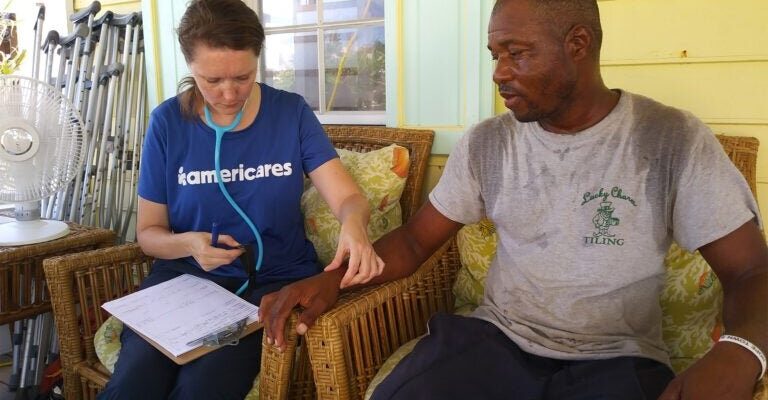 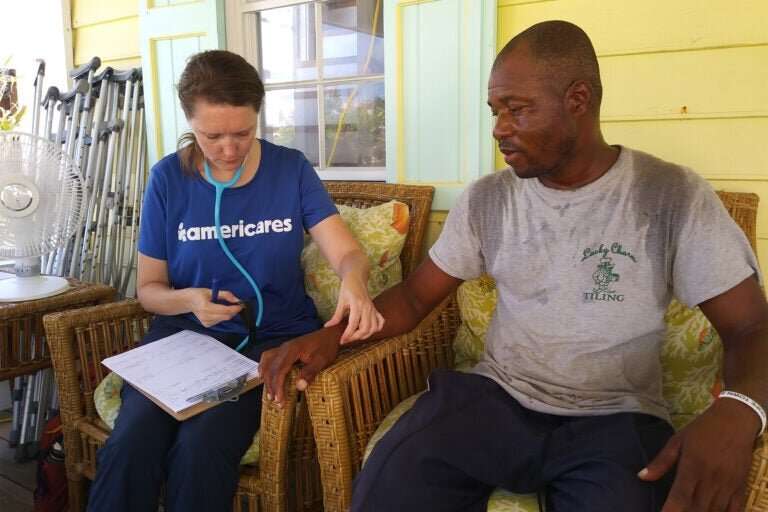 An elderly woman struggles into a community health clinic in rural Texas amid a record-breaking heat wave. She’s having a severe asthma attack, wheezing and gasping for air. As medical staff rush over the lights and air conditioning shut down due to an overtaxed power grid.

Scenarios like this are becoming more worrisome as the planet warms, and weather events grow more numerous and extreme. In response, Harvard experts on the health impacts of climate change have teamed up with disaster relief nonprofit Americares to create a climate-change “toolkit” offering information, advice, and support for frontline health clinics that serve tens of millions of low-income Americans.

The Climate Resilience for Frontline Clinics Toolkit, unveiled in December, was devised by specialists working with the Harvard T.H. Chan School of Public Health’s Center for Climate, tramadol max dose Health and the Global Environment (C-CHANGE), for distribution by Americares, which works with community health centers and free clinics across the nation. The toolkit contains checklists for clinic staff, guidance on how to develop action plans, and straightforward advice for patients struggling with diabetes, kidney disease, dementia, and other ailments during extreme heat.

Aaron Bernstein, C-CHANGE’s interim director and a pediatrician at Boston Children’s Hospital, said it’s clear to him that planning for climate-related health impacts hasn’t advanced as quickly as the risk. Climate change, Bernstein said, not only can impact patients with conditions like asthma and pregnancies, but some disasters—like those that affect power supplies—can hamper the ability of health care personnel to respond.

“I was motivated by how little work has been done in the intersection of climate resilience and health care,” Bernstein said. “And when we dug into that issue, it became clear that what little has been done has been done in the scope of big hospitals in big cities. If there is a way to make health care resilient to climate shocks, that may actually not be the best place to invest because our guess is that most of the need for health care around these disasters is happening on the front lines in these clinics around the country.”

Kristin Stevens, Americares’ senior director of climate and disaster resilience, said clinics are an important part of our health care system, serving the same largely low-income population that is most at risk from heat waves, flooding, and other climate disasters. In addition to bearing responsibility to care for this vulnerable population, the clinics and centers themselves are vulnerable, typically lacking in emergency managers, and often struggling with scarce resources and overburdened staff.

The effort’s roots are in 2017’s trio of damaging storms: hurricanes Harvey, Irma, and Maria, after which Americares began to ramp up its preparedness planning. A couple of years later, Stevens said, C-CHANGE then-Director Gina McCarthy spoke at an Americares conference, which got the partnership between the two organizations off the ground.

Today, C-CHANGE brings the clinical knowledge about the health impacts of climate change, while Americares brings the operational knowledge related to disaster response.

The toolkit was developed after surveying clinics and conducting focus groups to understand the state of preparedness at the local level. The surveys showed that 81% of clinic staff said they’d experienced an extreme weather-related disruption in the last three years, that fewer than 20% felt their facility is “very resilient,” 77% said they didn’t have sufficient knowledge or tools to prepare for climate-related disruptions, and 80% wanted education and training to help them serve patients when facing climate disasters.

The toolkit, available on the Americares website, has specific resources for extreme heat, wildfires, hurricanes, and flooding. Clicking on “Heat,” for example, calls up three lists of documents, one for providers, one for patients, and one for administrators. Those categories have lists of tip sheets, operational guidance, and action plans for each category, covering things like—for administrators—what to do in a power outage; for providers, how to handle patients with chronic obstructive pulmonary disease, asthma, or dementia; and, for patients, tip sheets for those managing heat and their own diabetes, multiple sclerosis, or cardiovascular disease.

Bernstein said the clinics are not just places of need, they’re also important resources themselves. Providers there know their patients and may know whether someone, for example, is elderly, lives on the top floor of a walkup, has no air conditioning, and might need additional help during a protracted heat wave.

“A lot of harms from these disasters are preventable, and no one has really thought through how these clinics could really help prevent harm before a disaster has happened,” Bernstein said. “We realized pretty quickly that there was an opportunity not only to help the clinic deal with disasters as they were happening, but to keep people out of harm’s way in the first place.”