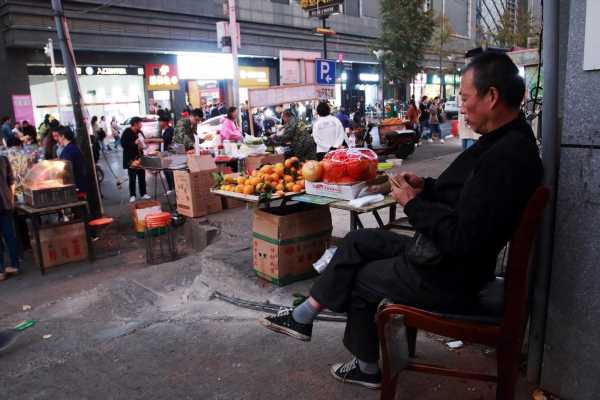 By appraising a score of genomic and epidemiological data, as well as the activity on social media of early patients with coronavirus disease 2019 (COVID-19) in Wuhan, independent research groups have determined that the severe acute respiratory syndrome coronavirus 2 (SARS-CoV-2) was arguably initially present in the Huanan Seafood Wholesale Market – spilling over to people on two separate occasions.

To trace the origin of SARS-CoV-2, a causative agent of the ongoing COVID-19 pandemic, it is pivotal to pin down exactly when the first cases started to occur in people. We still do not have a definite answer, and debates are ongoing – however, it is important to get a consensus here if we are to stop future pandemics from emerging in a similar fashion.

Although today we are faced with multiple SARS-CoV-2 variants of concern, some of which even escape the immune protection conferred by the vaccines, there is still an open question on the exact lineages that started the whole pandemic.

A key step to answering these questions is appraising the ancestral haplotype; in other words, this in a way represents the genomic sequence characteristics of the most recent common ancestor at the root of all future SARS-CoV-2 variants, as well as its evolutionary and epidemiological dynamics at the start of the pandemic.

By combining genomic and epidemiological data with different simulations and completely novel phylodynamic models, two recent studies that are currently available on the Zenodo* preprint server by international teams of researchers reveal that the pandemic most likely began with at least two separate zoonotic transmissions that happened no earlier than November 2019.

A preprint study first-authored by Dr. Jonathan E. Pekar from the University of California San Diego in La Jolla (California) on the Zenodo* server showed that the SARS-CoV-2 genomic diversity before February 2020 comprised of only two distinct viral lineages, denoted as ‘lineage A’ and ‘lineage B’.

More specifically, this study has implied that the two lineages were a consequence of at least two separate cross-species transmission events into humans, with a lineage A virus jumping into humans following the introduction of a lineage B virus.

These findings reveal a rather narrow window between the initial jump of SARS-CoV-2 into humans and the appearance of the first COVID-19 cases. Therefore, akin to the original severe acute respiratory syndrome coronavirus (SARS-CoV) in 2002 and 2003, this study suggests that the emergence of the pandemic virus likely resulted from multiple zoonotic events.

Similar findings from a more epidemiological perspective can be found in a recent preprint article first-authored by Dr. Michael Worobey from the University of Arizona in Tucson, also posted to the Zenodo* server. By using various types of spatial analysis, this research group showed that the earliest known COVID-19 cases detected in December 2019 were geographically near and centered on the Huanan Seafood Wholesale Market in Wuhan, China.

Known higher density of older individuals at greater risk of symptomatic COVID-19 cannot explain such distribution; more specifically, this pattern was stronger in cases without identified epidemiological links to the Huanan market, which is in line with SARS-CoV-2 community transmission starting in the surrounding area.

By combining detailed genomic and spatial data, the researchers have shown that both the two mentioned early SARS-CoV-2 lineages have a clear association with the Huanan market, and reported that live mammals were not only sold at the market in late 2019, but that SARS-CoV-2-positive environmental samples were also strongly associated with vendors selling live animals.

Their analysis actually provides rather stringent evidence for the emergence of the pandemic virus via the live wildlife trade and pinpoints the Huanan market as the unequivocal epicenter of the COVID-19 pandemic.

Even though zoonoses that can lead to sustained epidemics will inescapably be discovered, those characterized by little or no onward transmission are likely to happen without any epidemiological trace – particularly with viruses like SARS-CoV-2 that cause a large percentage of asymptomatic infections or mild disease.

"Such architectures will involve early detection of unexplained disease in humans, but must be complemented by a focus on wild, farmed, and traded animals where the risk of transmission to humans is greatest”, they add.

Naturally, there are some gaps in the research that remain. For example, both papers did not identify which animal at the market spread the virus to humans, which will be one of the key areas of future epidemiological investigations.

Still, the overall aim of this exploration is the ability to swiftly identify spillovers and novel pathogens in order to improve the capacity to contain pathogens with serious pandemic potential.

Zenodo publishes preliminary scientific reports that are not peer-reviewed and, therefore, should not be regarded as conclusive, guide clinical practice/health-related behavior, or treated as established information.