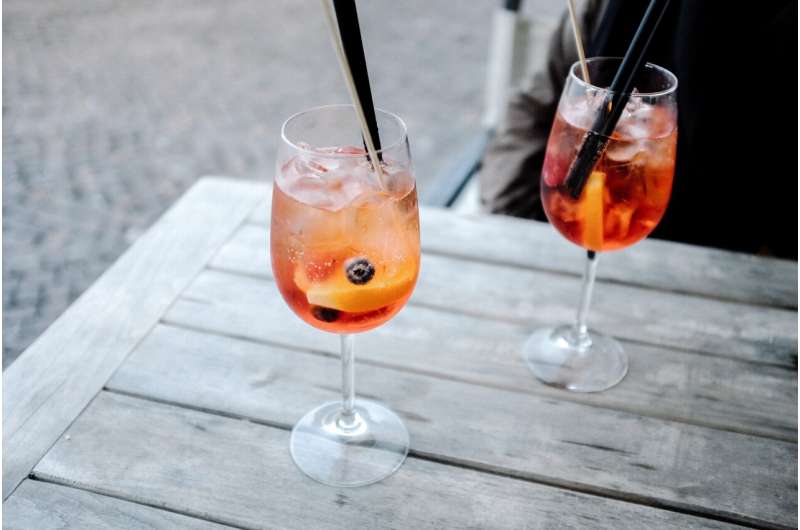 Young children’s exposure to their mothers’ and fathers’ drinking influences their perceptions of who consumes alcohol, with “vast implications” for their own future use, a new study suggests. The study, in Alcoholism: Clinical and Experimental Research, provides compelling evidence of intergenerational transmission of drinking behaviors to children, including gender-based perceptions—the first time these effects have been demonstrated in children aged 4–8.

Children’s exposure to the use of alcohol around them is known to shape their perceptions of “typical” alcohol consumption (norms). Those perceptions influence drinking initiation, usually as adolescents, and alcohol consumption over time. Recent research has shown that how much parents drink in general is less relevant in this regard than their alcohol use in the presence of children. For the new study, investigators explored how exposure to mothers’ and fathers’ drinking influences young children’s perceptions of alcohol-related norms and what children infer about drinking and gender.

The researchers worked with 329 children and their parents, who were involved in a family study in the Netherlands. On three home visits in 2015, 2016, and 2017, the children completed a visual task on tablet computers. The task involved matching individuals depicted in family situations where alcohol might be consumed (e.g., dinner, party, watching TV, camping) with one of 12 beverages (four alcoholic, eight non-alcoholic). The children’s parents completed surveys on their recent alcohol use, including how often they drank alcohol in the situations featured in the visual test. The researchers used statistical analysis to explore how exposure to mothers’ and fathers’ drinking influenced how children attributed alcohol use to adults.

Fathers were more likely than mothers to report drinking in situations that exposed children to alcohol (e.g., at restaurants), and in the visual test, children attributed alcohol to men more frequently than to women. Children more often exposed to their parents’ drinking were more likely to provide adults in the illustrations with alcoholic beverages, compared to children less frequently exposed.

When mothers consumed alcohol around children, children more often attributed alcohol consumption to women generally, including female friends and grandmothers. When fathers consumed alcohol around children, children were more likely to attribute alcohol consumption to fathers specifically. This is perhaps because fathers’ drinking is more common than mothers’, and opportunities for mothers to drink around children are relatively scarce. Mothers’ alcohol use, then, may have different implications for children than fathers’ use. Exposure to mothers’ drinking did not affect the children’s provision of alcohol to men in the illustrations, and vice versa.

The findings add to the growing evidence of young children’s perceptions, knowledge, and awareness of alcohol well before they first consume it, with major implications for their future drinking. The study suggests that parental drinking is a key source of young children’s perceptions of alcohol norms, with parents operating as role models. The gender-specific exposure may be an early stepping-stone toward gendered drinking identities and patterns among adults.