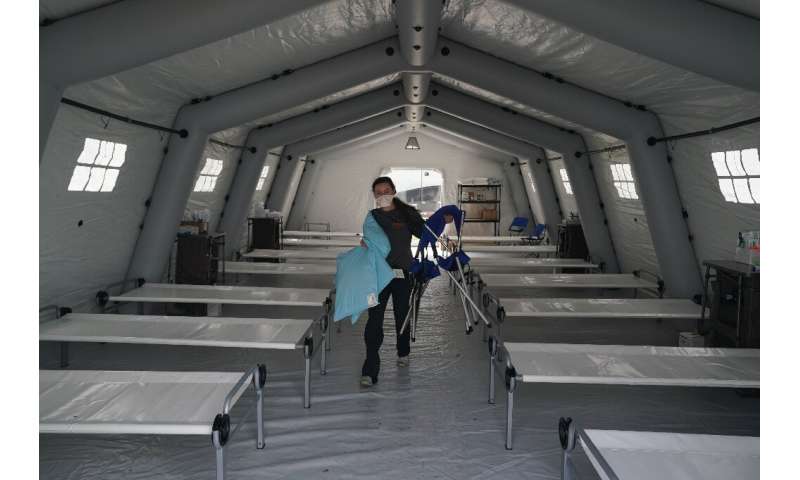 Tightened lockdowns across the planet saw nearly half of humanity told to stay at home in a bid to stem the spiralling coronavirus pandemic, as Spain recorded its deadliest day Tuesday and the United States braced for the full impact of the disease.

The virus has claimed nearly 38,000 lives worldwide in a health crisis that is rapidly reorganising political power, hammering the global economy and the daily existence of some 3.6 billion people.

Spain, whose outbreak is the world’s second deadliest after Italy, broke another national record of 849 deaths in one day Tuesday, dampening hopes it could have passed the peak of the crisis that has debilitated the country for weeks.

In battered Italy, flags flew at half-mast during a minute of silence to honour the more than 11,500 people who have perished from the virus, and the health workers still working through nightmarish conditions.

Although there are signs the spread of infections is slowing in Italy, hundreds are still dying every day, leading authorities to extend a stringent nationwide shutdown despite its crushing economic impact.

In Belgium a 12-year-old girl infected with COVID-19 was pronounced dead, a rare case of a young person succumbing to the disease, and yet another grim reminder of its reach.

Across the Atlantic, the United States was preparing for its darkest days after the death toll topped 3,000 out of 163,000 known infections—the highest case count for any country. 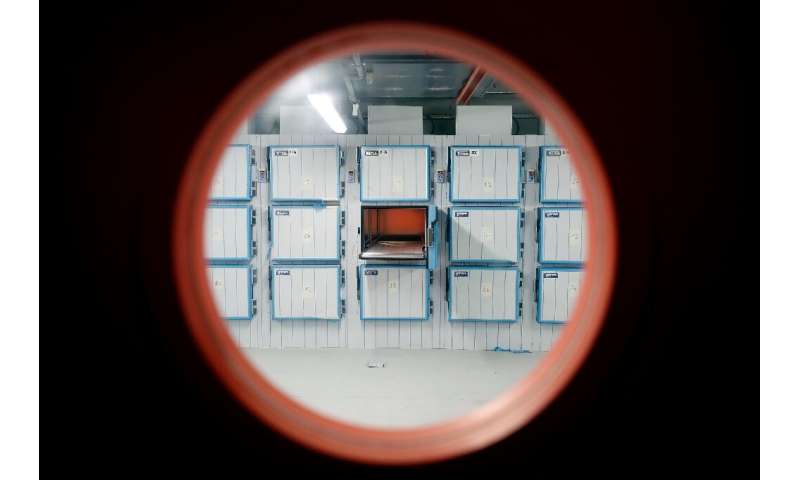 Scenes previously unimaginable in peacetime—such as a field hospital set to open in Central Park—shook frightened New Yorkers hunkered down in an eerily quiet city.

A US military medical ship with 1,000 beds also docked in Manhattan to relieve pressure on the city’s overwhelmed health system.

The city’s food banks are seeing a surge of newcomers who have lost income as the world’s financial capital shuts down.

“It is my first time,” Lina Alba, a 40-year-old single mother of five, said at a food distribution centre run by the New York charity City Harvest.

She worked as a maid in a Manhattan hotel until it closed two weeks ago.

“We need the help now. This is crazy. So we don’t know what’s gonna happen in a few weeks.”

In the state of Maryland, alarm bells rang after 67 residents of a retirement home tested positive for the virus, with one 90-year-old man dying at the weekend. 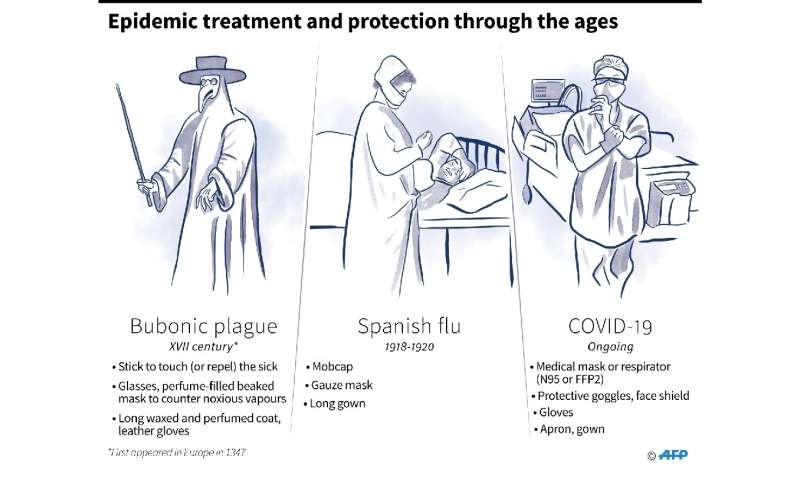 Maryland joined Virginia and Washington DC to become the latest parts of the US to impose stay-at-home orders, putting three-quarters of Americans under some form of lockdown.

President Donald Trump sought to reassure Americans that authorities were ramping up distribution of desperately needed equipment such as ventilators and personal protective gear.

But he also offered a stark warning, saying “challenging times are ahead for the next 30 days” as he acknowledged a potential nationwide stay-at-home order.

“We’re sort of putting it all on the line,” Trump said, again likening the efforts against coronavirus to a “war.”

‘I cried getting ready’

The number of confirmed COVID-19 cases around is now approaching 38,000 deaths, according to a Johns Hopkins University tracker.

Health systems are in overdrive as exhausted medical professionals make grim decisions about how to distribute limited protective gear and life-saving respirators.

“Waking up this morning I cried. I cried eating breakfast. I cried getting ready,” French nurse Elise Cordier confessed on Facebook in a post that revealed the fear and anguish of those on the front line. 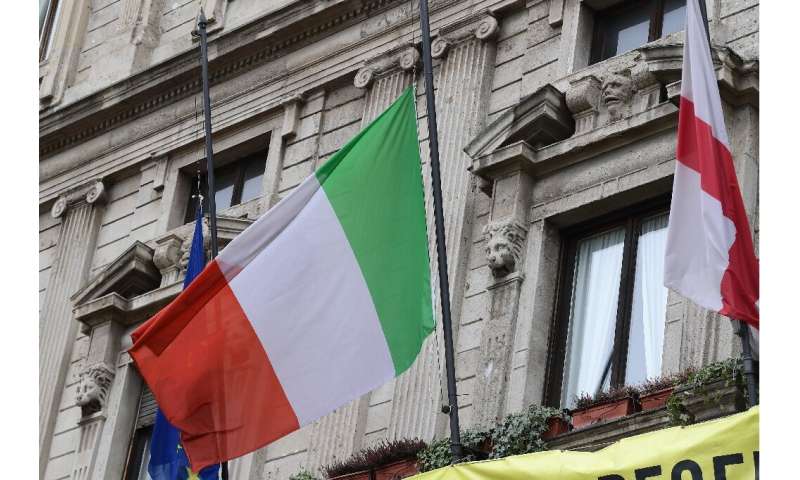 But, she said, once in “the hospital locker room, I dried my tears. I breathed in. I breathed out. The people in the hospital beds are crying too, and it is I who am there to dry their tears.”

World leaders—several of whom have been stricken or forced into isolation—are still grappling for ways to deal with a crisis that is generating economic and social shockwaves unseen since World War II.

Finance ministers and central bankers from the world’s 20 major economies were to hold a second round of virtual talks Tuesday to forge a plan for confronting the crisis.

Last week, G20 leaders pledged to inject $5 trillion into the global economy in hopes of heading off a deep recession.

The virus has seen global markets plunging in recent weeks, although trillions of dollars pledged to offset the economic impact have provided some semblance of stability.

Experts in Germany, Europe’s economic powerhouse, said the virus would shrink output there this year by up to 5.4 percent.

‘We need the help now’

Amid a global tussle for medical gear, Trump said would send some excess shipments of equipment to hard-hit Italy, France and Spain. 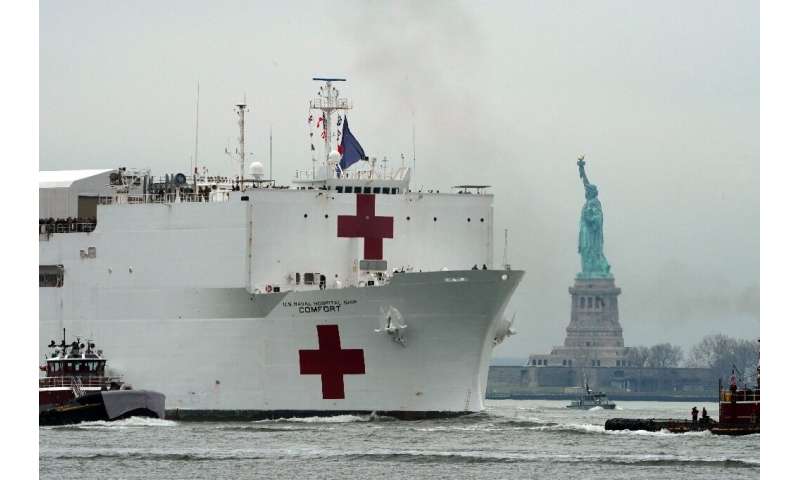 European nations, meanwhile, delivered medical goods to badly-affected Iran in the first transaction under the Instex mechanism set up to bypass US sanctions on Tehran.

The number of cases in Iran has surpassed 44,000, with US sanctions complicating efforts to rein in the virus’ spread.

The economic pain of lockdowns is especially acute in impoverished cities in Africa and Asia.

“Two weeks is too long. I don’t know how we will cope,” said student Abdul Rahim, 25, as he helped his sister sell food from a market stall.