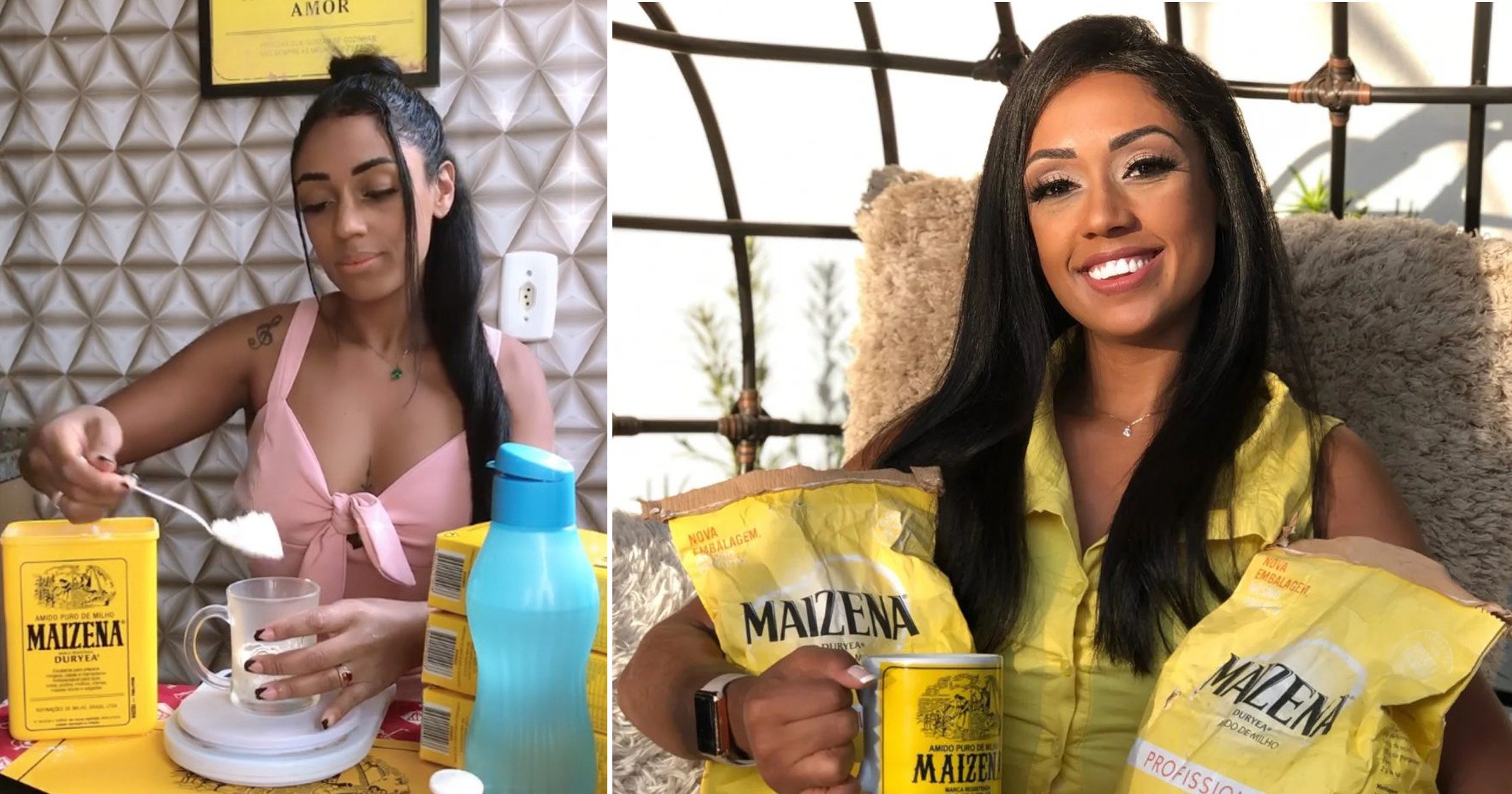 A young Brazilian woman with a rare genetic condition has shared how she has to consume cornstarch every three hours to survive.

For three decades, Leticia Ramos, from the city of Uberaba, Minas Gerais state, Brazil, has suffered from glycogenosis.

This is a rare genetic disorder that affects the metabolism of glycogen in the body’s tissues.

To stay healthy, Leticia has to consume cornstarch dissolved in water every three hours every day.

In total, she has to ingest 20 kilograms (44 lbs) of cornstarch, as the common ingredient prevents the accumulation of glycogen in the liver.

‘I’ve been using cornstarch for 29 years,’ Leticia explained. ‘If I don’t take it, I can go into a coma due to hypoglycaemia from the glycogenosis I suffer with.’

Leticia’s parents realised their daughter had a problem when she was just two-and-a-half years old.

To view this video please enable JavaScript, and consider upgrading to a webbrowser thatsupports HTML5video

She displayed several symptoms such as a swollen abdomen, greenish skin tone, hypoglycaemia and even seizures.

‘They took me to several doctors, and they said it was just a stomach ache, in short, a million other things,’ Leticia said.

‘I felt very sick though. Then my mother made a scene in the hospital and told them she wasn’t going to leave until they found out what it was.’

30 years later, she is still being treated by specialists at a hospital in São Paulo City.

‘I have no idea how many times she was hospitalised,’ her mother Juliana said. ‘She stopped walking for some time due to the condition, as it caused muscular myopathy.’

‘I used to be very ashamed to eat cornstarch, I always wanted to run away and hide,’ added Leticia.

‘I was removed from school a few times because of problems with dengue (viral disease) because I couldn’t catch it. It was a life like that was kind of separate from other people.’

Along with consuming cornstarch every three hours, Leticia has to follow a very strict diet and must avoid all sugary foods.

In addition to this, she also takes daily medication. She wakes up at dawn to keep her glucose levels under control at all times.

Leticia said: ‘Once you start organising yourself, the condition becomes a little easier to live with.

‘I take 13 medicines a day and my diet is well regulated. It also involves not eating anything while out and about.’

Despite her difficulties, Leticia has found a new way of dealing with her condition. She now shares her daily routines on social media where she boasts nearly 40,000 TikTok followers and 12,000 Instagram fans.

On TikTok, her videos have been viewed millions of times with a total of 1.4 million likes. This has earned her the nickname ‘Queen of Cornstarch’ by Brazilian media.

In response to her rapidly-growing following, Leticia said: ‘I didn’t expect all this attention! I hid it for so long that I needed cornstarch and then I just decided to show it to everyone.

‘The most common messages I receive are from mothers of young children who still don’t know how to deal with the condition.

‘They are very scared and uncertain about what could happen to their child, so I always help them calm down, and that’s very gratifying.’

People have come out in droves to support Leticia online and are blown away by her strength.

One of her followers wrote: ‘The story of this girl shows us that we adapt to everything in this life. We need to try to go on with life and be happy despite the problems.

‘So proud, friend! Congratulations on the initiative and taking our disease so far.’

While a parent of a fellow sufferer added: ‘Warrior… thank you for demonstrating with lightness what it’s like to live on schedule with the commitment to survive!

‘My daughter is 10 years old and has Glycogenosis type 3 B.’

Get in touch by emailing [email protected]