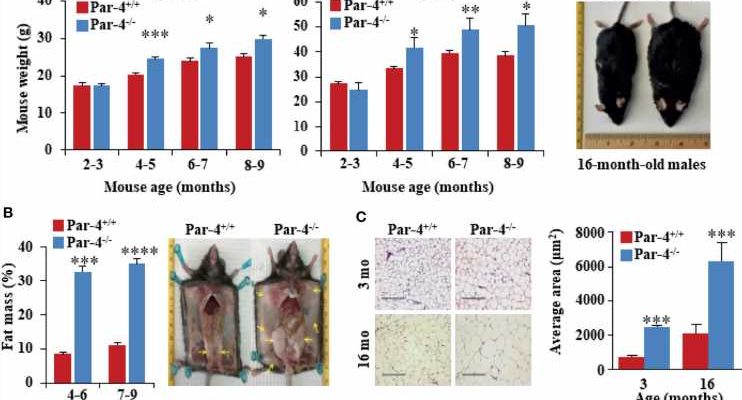 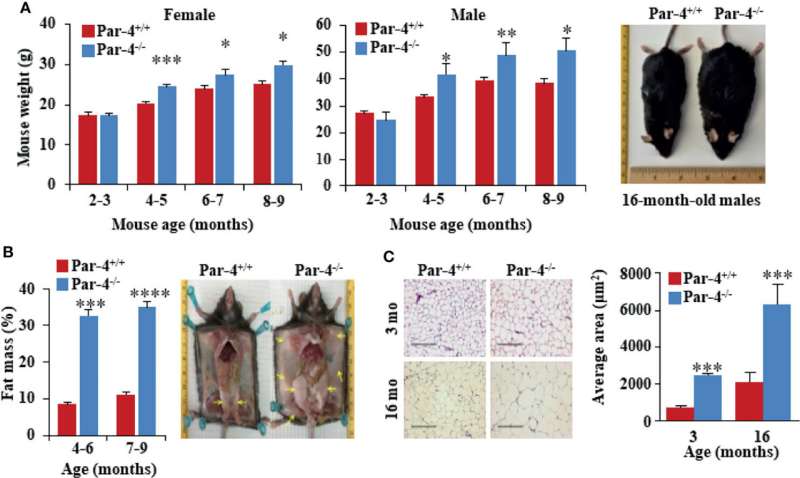 Nearly three decades after first discovering the tumor-suppressing Par-4 “super gene” that has been shown to kill cancer cells, a team of researchers at the University of Kentucky Markey Cancer Center is now learning about its role in preventing obesity—a disease that affects more than 1.9 billion people worldwide.

Vivek Rangnekar, Ph.D., associate director of the UK Markey Cancer Center and the Alfred Cohen Chair in Oncology Research, first discovered Par-4 and its role in cell death in prostate tissue in 1993. Since then, subsequent studies revealed that Par-4 is a tumor suppressor and that increased expression of Par-4 prevents tumor growth. Rangnekar and his team also found that “super mice” genetically engineered to overexpress Par-4 were resistant to cancer.

In addition to Par-4’s role in cancer suppression, recent research published by Rangnekar’s team in Frontiers in Oncology has uncovered a new role for Par-4 as a predictor of future obesity in men and women. The study shows that lack of Par-4 in mice led to increased fat absorption and fat accumulation in fat-storing cells (adipocytes), which resulted in the development of obesity. These mice also had secondary health issues, including fatty liver and insulin resistance, which are commonly associated with obesity. However, genetically restoring the missing Par-4 gene reversed the obesity, making the mice lean again.

Interestingly, mice with the same diet and physical activity as normal mice, but that lacked Par-4, still became obese.

“This finding is reminiscent of people who find it difficult to control their weight even when they are monitoring their diet or performing sufficient exercise,” Rangnekar said. “In such situations, our research indicates that there may be a genetic explanation.”

Additionally, the study shows that Par-4 loss may serve as a predictor for individuals who could be at-risk for developing obesity later in life. In collaboration with the UK Center for Clinical and Translational Science (CCTS) and Lund University in Sweden, these researchers also found that lower expression of Par-4 was associated with obesity in men and women.

“The risk of developing obesity is significantly greater in individuals who have low Par-4 levels compared to those who have high Par-4 levels,” Rangnekar said. “Our work reveals a novel function of the tumor suppressor Par-4 in regulating obesity and significantly advances the fields of adipocyte biology, physiology and metabolism.”

Future research is looking into treatment strategies that may be useful to overcome obesity and inhibit obesity-associated cancer, including an ongoing clinical trial at the UK Markey Cancer Center using a drug to elevate Par-4 in cancer patients.