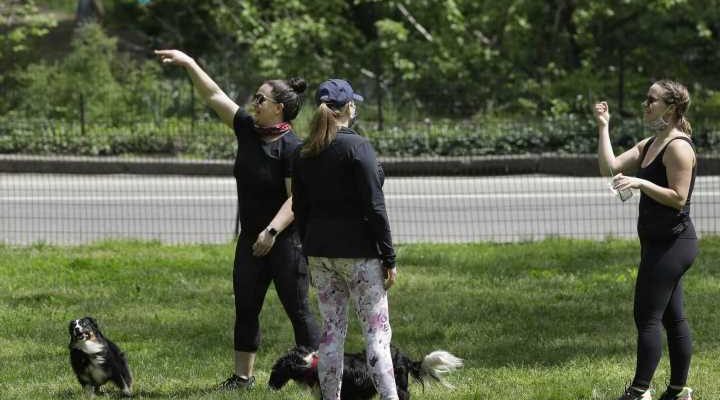 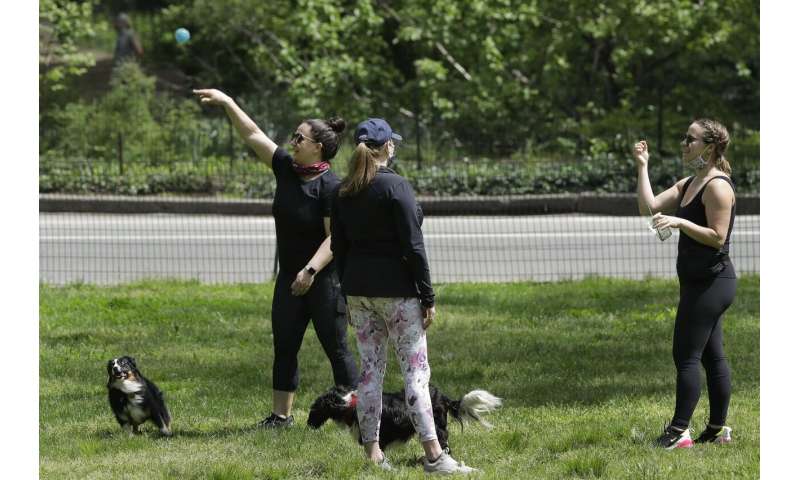 New York City residents who flouted social distancing restrictions for a night on the town got the mayor’s wrath Sunday. The city’s embattled health commissioner is staying on the job. Gov. Andrew Cuomo played the part of a model patient, getting swabbed for coronavirus on live TV as he announced all people experiencing flu-like symptoms are now eligible for testing.

In the first phase, construction, agriculture, forestry, fishing, hunting, manufacturing and wholesale trade businesses are allowed to reopen and retail stores can provide curbside or in-store pickup or drop-off.

Here are the latest coronavirus-related developments in New York:

City bars and restaurants have been restricted to takeout and delivery since mid-March, when coronavirus cases started to soar, but some in Manhattan violent social distancing arrests involving people of color, the city this week eased distancing enforcement by no longer having police break up small groups of people or confront citizens failing to wear a mask. 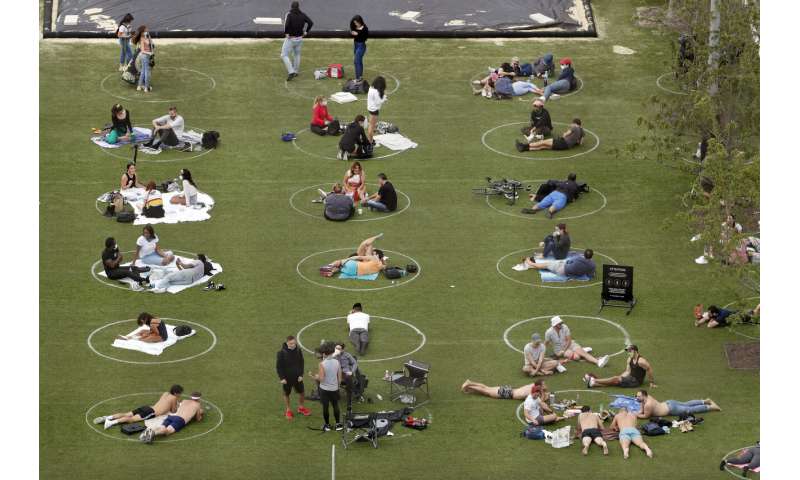 As the weather heats up, though, more and more New Yorkers are flocking to public spaces and familiar haunts for a sense of normalcy after spending most of the last two months cooped up inside—and not always policing themselves.

Other beaches in the region will be open for the holiday, but de Blasio said opening the city’s strands “is not the right thing to do in the epicenter of this crisis.”

The city’s beaches could be closed off completely to public access if people don’t follow social distancing rules, he said. Fences being installed at entrances could be rolled out if beaches—meant now only for nearby residents to exercise—get overcrowded or people violate swimming bans, he said. 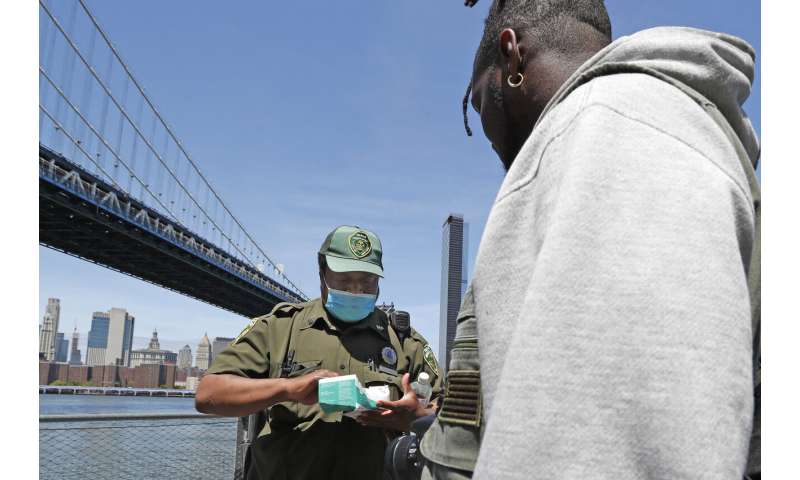 De Blasio said beaches could open for wider use sometime in the summer, with lifeguard training over the next few weeks for a possible return to duty.

All New Yorkers experiencing flu-like symptoms or other coronavirus signs, such as dry cough or chest pains, are now eligible to be tested, along with people who returning to work as part of phased reopenings, Cuomo said Sunday.

The state is expanding eligibility as it deals with a surplus of testing capacity. Drive-thru and walk-in testing sites are performing about one-third of the 15,000 tests they’re capable of each day, Cuomo said.

An agreement with CVS will allow samples to be collected at more than 60 of the chain’s pharmacies across the state, Cuomo said. Testing in New York City is being expanded to 123 CityMD walk-in clinics. 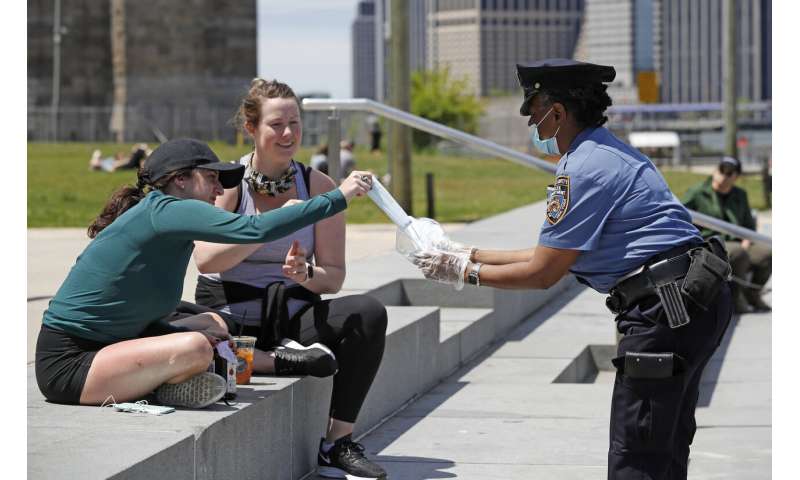 De Blasio also made an urgent appeal Sunday for blood donations, saying supplies have dwindled to about two days’ worth because of blood drive cancellations, which could mean postponing some surgeries.

De Blasio is standing by his health commissioner after a report she used crass language in a March phone call with a top police commander about supplies of protective face masks. Several police unions and a congressman called for Dr. Oxiris Barbot’s firing.

Barbot has been absent from de Blasio’s recent news conferences and her department was bypassed last week in favor of the city’s public hospital system to run a contact tracing program, fueling questions about a possible rift.

De Blasio said Sunday that he has spoken with Barbot “to clear the air on some of the recent issues” and that she would remain in the role she’s held since 2018. 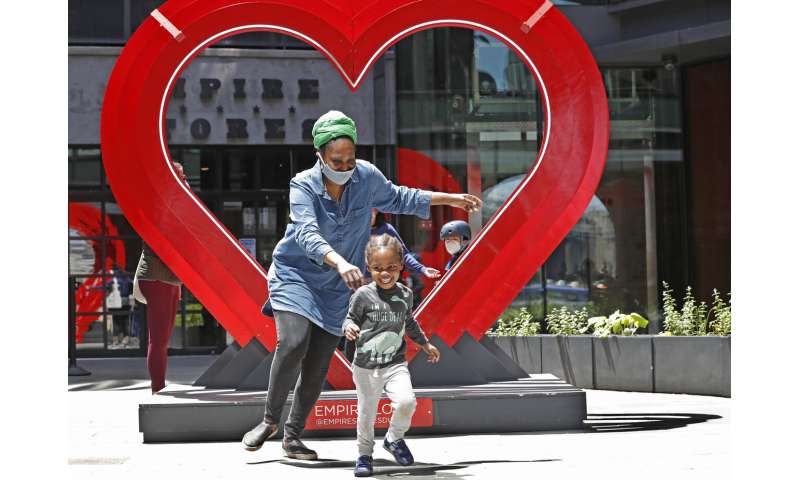 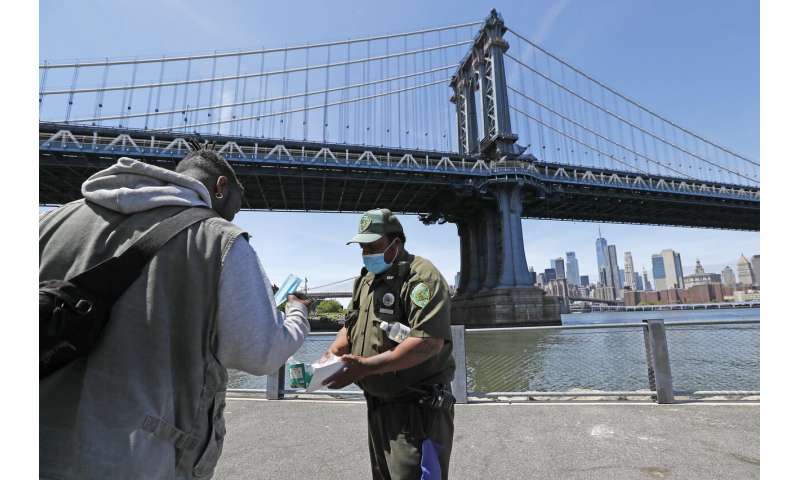 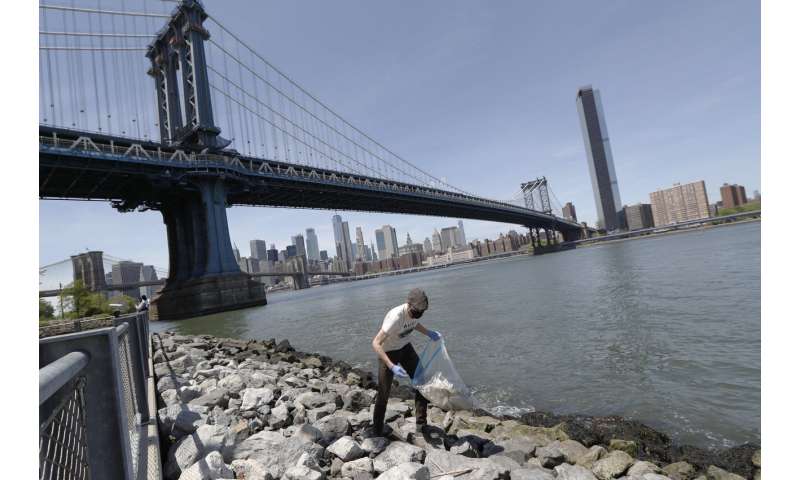 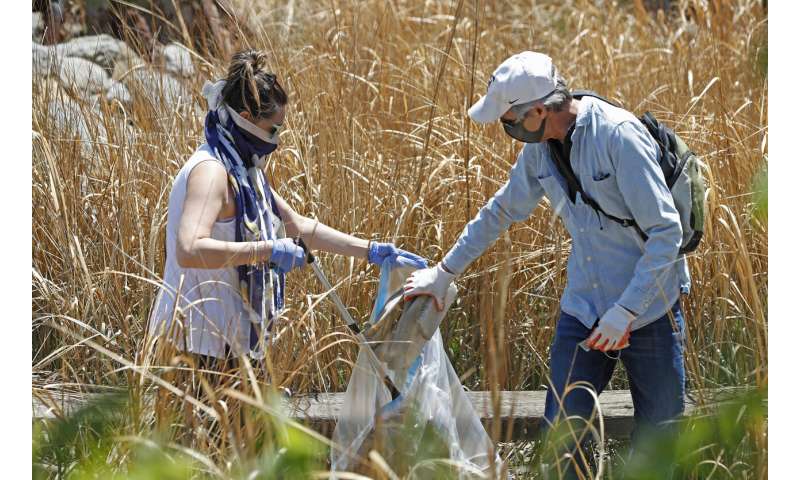 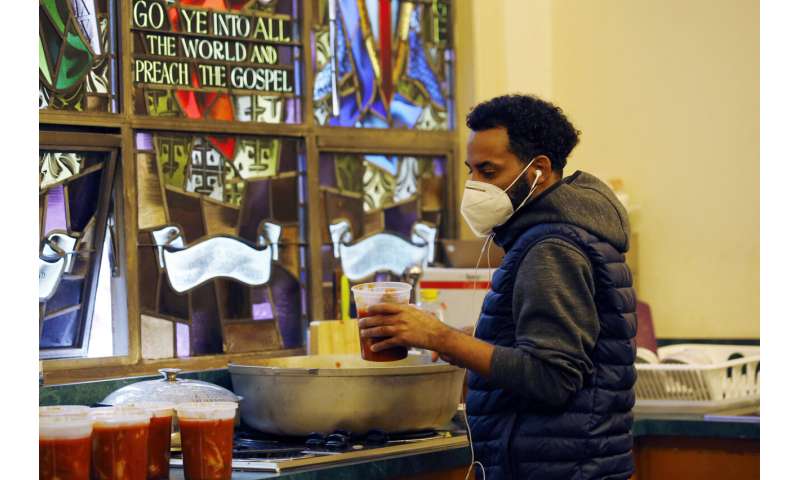 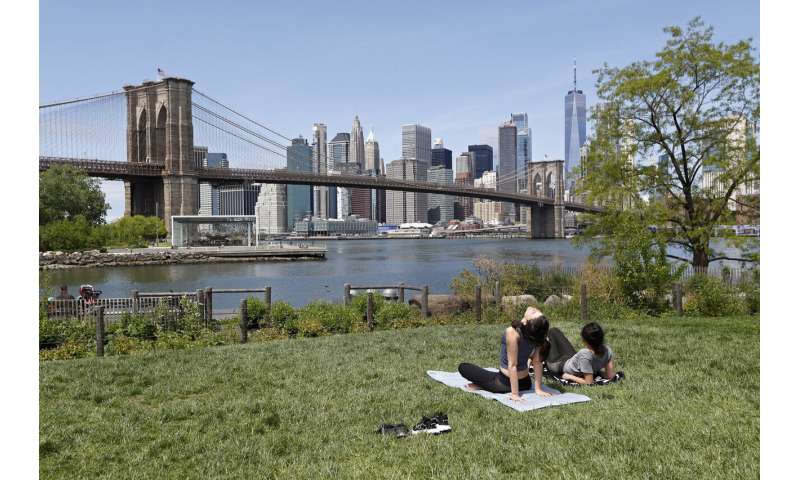 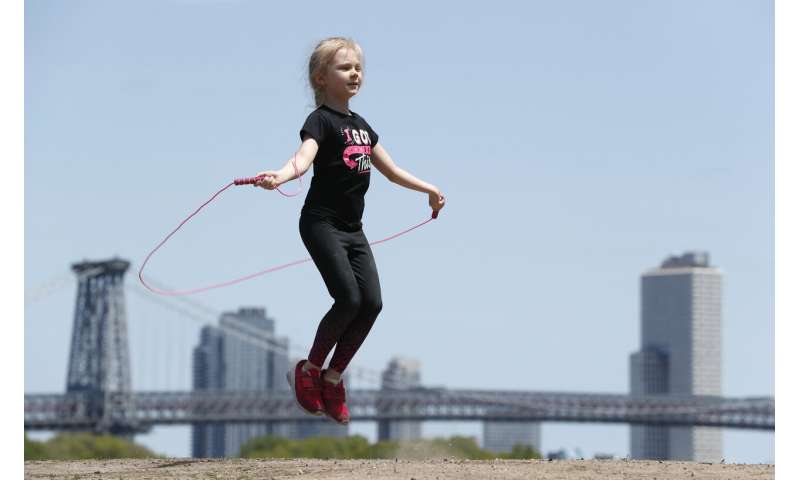 Barbot caught heat this week for a previously unreported clash with NYPD Chief of Department Terence Monahan, who wanted more masks for officers.

The New York Post, citing an anonymous source, reported Wednesday that Barbot retorted, “I don’t give two rats’ asses about your cops.” The newspaper didn’t say what Monahan said to prompt that response.