Let me start by saying that before I got sick, I went to school for social work before training to be a dental hygienist. I stayed there because I loved my job and my coworkers, and the money was just what I needed to take care of my kids. I was 31 years old, and I was happy. 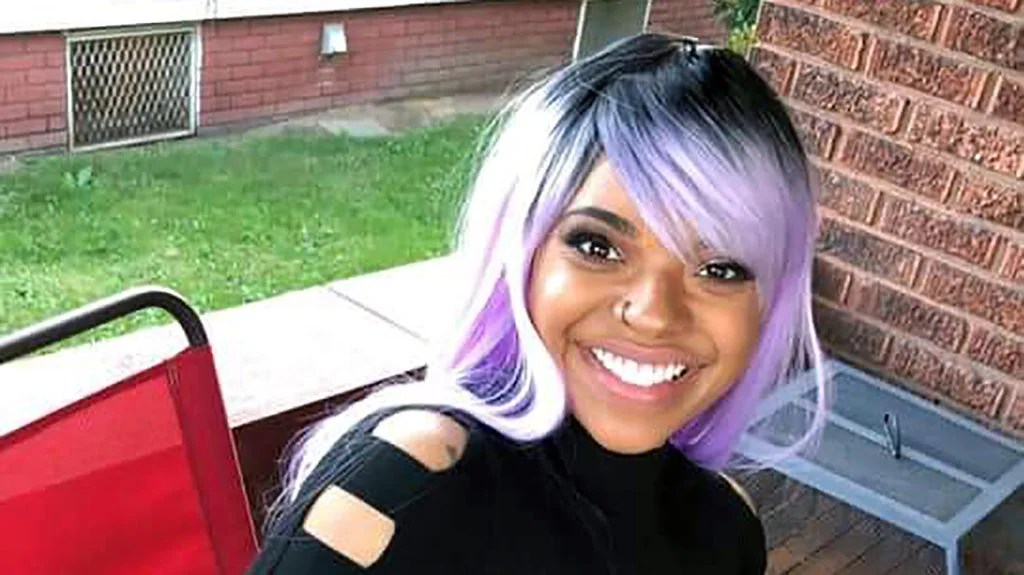 On September 7, 2018, I noticed that my hands were clammy and that I had really bad anxiety.

I left work early to go and see the doctor because I knew that something was wrong. He recommended that I see a counselor and believed that I was suffering from “mental issues.”

I continued to see various doctors in various hospitals who prescribed me various anxiety medications that would not work. Then, one day, it got really bad.

I set out for a hospital 35 minutes from my house, in Alliance, Ohio. I got confused and couldn’t find it, so I drove myself home and called my sister, who immediately came to my house because I was talking erratically, in a way that worried her.

I wasn’t making sense, so she drove me to the hospital, where I had a seizure. My sister called my mother, who was living in Cleveland at the time, and told her: “Come home now! Tisha is not talking right.”

My mother dropped what she was doing, without even packing any clothes, and she and her husband, Larry, jumped on the highway. From what my mother tells me, the hospital in Alliance had already sent me to a hospital in Canton, Ohio.

Searching for the problem

When my mother arrived, I wasn’t making any sense, wouldn’t eat, and kept trying to leave the room. A doctor came and asked whether I had a history of mental health problems.

My mother replied: “No. There is nothing wrong with her mind. Something is taking over my daughter, I just don’t know what it is.” At that point, I had another seizure, which put me in a coma.

From this point on, I only know what I’ve been told, as I was totally unconscious.

A doctor announced that I needed to be put on life support to survive, and with this news, my whole family’s hearts were broken. My mother felt helpless, watching me lying in the hospital bed and knowing that there was nothing that she could do about it.

I had a series of tests. The doctors told my family 99 things that I didn’t have, but they couldn’t tell them what I did have.

Then, on September 17, 2018, I was moved to another hospital, where they diagnosed me with anti-NMDA receptor encephalitis, a rare autoimmune disease that can attack the brain. This is the same disease featured in the book and Netflix movie Brain on Fire.

While I was at the medical center, in Cleveland, I had a tracheostomy to help me breathe, and surgeons removed one of my ovaries in the hope that it would help me get better.

I was there until October 29, 2018, and then I was moved to a nursing home in Boardman, a suburb of Youngstown, Ohio, which was closer to my family. My mother says she felt like nothing was being done right. She was frustrated and scared.

Refusing to give up

When my mom decided to move me to another hospital, the nursing home officials told her that I was brain-dead. They told her she should “pull the plug.”

But my mom refused and told them to take me to another neurologist, who told my mom, “She’s not brain-dead.”

That’s when my mom moved me to The Ohio State University Wexner Medical Center, in Columbus, Ohio — on December 6, 2018. While all of this was going on, I was still in a coma. I couldn’t communicate at all.

My mother was comfortable with me being at this hospital because the team of doctors and nurses worked on me day and night.

They gave me immunosuppressant drugs and steroids to try to treat the encephalitis, and they gave me treatments, including electroconvulsive therapy and vagal nerve stimulation, to stop the multiple seizures that I was having every day.

While I was there, surgeons took out my other ovary. I later found out that abnormal tumor cells had likely caused my body to mount the immune response that affected my brain and caused the encephalitis.

I was having 20 seizures a day for 6 months, and the doctors told my mother:

“We don’t know what she’s going to be like when she wakes up because her seizures should have been taken care of a long time ago.”

I woke up on April 7, 2019. I remember feeling really cold and alone. My mother says that it was the happiest day of her life. But I still faced a long, difficult recovery.

After more than a month, on May 11, 2019, I moved to the Dodd Rehabilitation Hospital at Ohio State’s Wexner Medical Center.

On August 10, 2019, my mother and her husband finally brought me home. They moved out of their house and moved in with me to help with bills so that the kids could stay in their rooms.

When I came home, it was really hard for my two kids. I had lost almost a year of my life, yet life had gone on without me. My kids had learned how to live without me.

They were very mature and older now, and when I came home, they were very distant and afraid of me. Slowly, I had to regain their love and trust. And now they have to learn how to live with me again. But we’re getting close again, and they’re trusting me.

I want to give thanks to all the doctors at The Ohio State University Wexner Medical Center who never gave up on me.

I was lucky that I had a good advocate — my mother — who also never gave up on me.

Now I know the importance of paying attention to my body and seeking medical help if something feels wrong.

Since I’ve been home, I’ve continued with more outpatient rehabilitation. I still go to my many doctor appointments and take my meds. I eat on my own and I don’t use any device to walk. I’m moody at times, but that will get better with time. My life is pretty much normal, for the most part, and I hope to go back to work soon.

With the help of my family, I’ll do just fine.