The “race with no end” is the nickname for a real race—a challenge in which runners repeatedly make a 4.1667-mile loop around a property in Tennessee every 60 minutes for hours—usually days—until there is only one runner left. Officially called the Big Backyard Ultra, nobody at the starting line knows when the race will end. Which is pretty much the event we’re all in, all the time, right now.

At the beginning of this month, starting on April 4, runners held a special home edition of that race, and dubbed it the Quarantine Backyard Ultra. After 63 hours of running a 4.2-mile loop around his Arlington, Virginia neighborhood—which totaled 262.5 miles without sleeping—ultrarunner Michael Wardian was the last man standing. (About 2,400 athletes from 55 countries started the race, where they were connected via Zoom.) 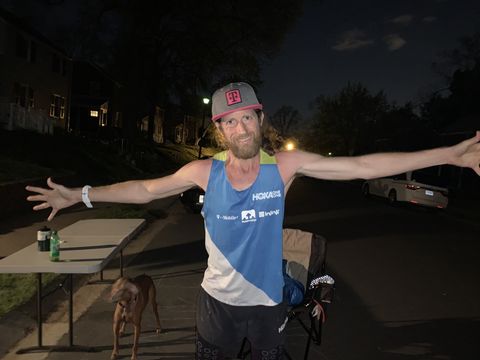 A challenge like the Quarantine Backyard Ultra is quite a bit about the physical game, but a whole lot about the mental one. “I loved that this race was so simple—it’s very democratic and favors no person,” Wardian says. Since you stop after every loop and start again on the hour, “there’s no advantage to being faster.”

So instead of winning the race on speed, you win it by being smart. His strategies (and maybe soon, yours):

Instead of asking that question—especially because there was no answer and no way to control what the answer might be—“I wanted to focus on the things I could control. I wanted to take care of myself, meaning I wanted to stay up on my fueling and keeping my body sound so that I didn’t let anything become a problem,” he says. 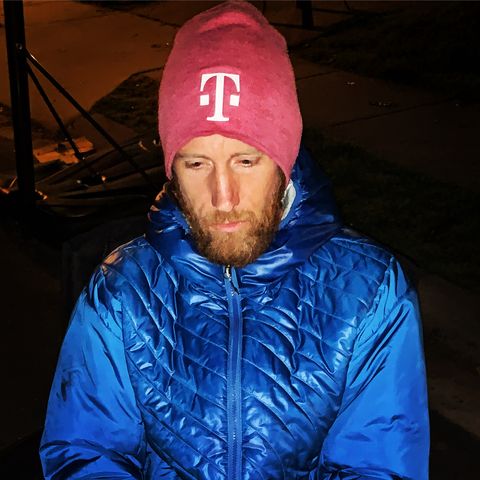 “I would review myself as if I were looking at a dashboard: Am I eating enough, drinking enough, do I feel any hot spots, do I have enough music and how much battery life is left, how are my shoes, socks, shirt, sunburn, etcetera,” Wardian says.

Unlike with other races where you finish by coming in first, there wasn’t an advantage to finishing faster in the Quarantine Backyard Ultra. It paid to be willing to think it wouldn’t end, so he says he “kept thinking, ‘do a pace you know you could do all day, every day.’ There aren’t points for coming in faster.”

For the last 16 hours of the 63-hour run, Wardian was competing against just one other person—around and around the neighborhood, for two-thirds of a day. It would have been tempting to focus on the other person and get impatient for him to drop. But Wardian knew the better way: “Don’t worry about the other person. Worry about you and how you feel.” And he cites the endurance sports (and life?) truism that “the only thing that is a given is that no matter how good you feel, it will not last, and no matter how bad you feel, it will not last.” Don’t worry about things you can’t change, he says. “If you can’t change it, let it go. It doesn’t deserve your attention and just wastes time and energy and usually isn’t great for your head space.”

Boston Marathon winner Des Linden encourages this “keep showing up” strategy, and Wardian’s a fan. “I believe it. If you just keep getting to the line, good things will happen,” he says. Every hour, for 63 of them in a row, Wardian showed up. “I didn’t know when this race would end, but I did know that as long as I kept myself fed, warm, and took care of my needs, that I could keep showing up.”

The end was also a beginning

“When you don’t know how long something might last, it can be scary and a little disheartening. But I hope what I did gives people hope. Since then, I’ve seen people who I’ve never seen running before doing the loop I was on,” he adds.

Wardian is no stranger to tough, far-flung challenges. He set records including the fastest 50K on a treadmill. He’s known for many long races in many different places—in 2017, he ran seven marathons in seven days on seven continents. “The other cool thing I realized is that you can have some of your biggest adventures and don’t have to be that far from your home,” he says. “The biggest thing I’ve ever done happened 50 feet from my front door.”