Over 4 million people in the United States are Filipino. But you wouldn’t know how large the population is based on our health care system.

Despite being one of the fastest-growing minority groups in the U.S., medical studies available on Filipinos are sparse compared to other Asian groups. Filipinos are often lumped together under the larger Asian umbrella, impacting the specific research available on the community ― which, coincidentally, has many of its members working in the health industry.

“We’re like this absent minority. Every doctor ― white, Black, latino, doesn’t matter ― knows that we are in the hospital. It’s just that there’s so little known about our actual health,” said Antonio Moya, a Filipino neurologist and a physician at the Los Angeles County Department of Health Services.

Moya said that, in his experience, the lack of representation in research and understanding goes as far back as medical school curriculum.

“In medical school, Filipino Americans are not a focus in our studies because, to professors teaching the material, this community is too small of a group to focus on,” Moya said. “What these professors fail to realize is that each of the API [Asian Pacific Islander] subgroups are so culturally, linguistically and behaviorally different from one another.”

This, combined with already-existing cultural barriers, can lead to fatal health consequences. But people in both the medical and Filipino communities are working harder than ever to change that.

The Issue With Not Disaggregating Asian Americans In Research

Medical research that involves study subjects’ backgrounds often sorts them into larger groups. For Asian Americans, that group (which is often referred to as Asian Pacific Islander) includes people who are Filipino, Chinese, Indian, Hawaiian and more.

This type of grouping “assumes that this population ― our population ― is homogenous,” said Melanie Sabado-Liwag, who is an assistant professor of public health at California State University, Los Angeles and is also Filipino American.

Advocates and experts say not recognizing the diversity of the Filipino community and between Asian Americans can lead to less medical and treatment information for doctors and their patients.

“I think the principal issue is that it’s an oversight. There haven’t been targeted interventions that have specifically looked at Filipino Americans in the U.S. They are very few and far between,” said Anna Maria Napoles, scientific director at the National Institute on Minority Health and Health Disparities in Bethesda, Maryland.

The lack of available research on Filipinos isn’t just for illnesses that only affect a small number of people. It applies to very common issues like cardiovascular disease.

“It is striking ― the underrepresentation in clinical research ― when you look at the disproportionately high rates of morbidity and mortality that Filipino Americans experience due to heart disease, stroke and diabetes,” she said.

One in four Filipino Americans have high blood pressure, which is a higher rate than any other Asian group, Napoles said. Heart disease and stroke are among the leading causes of mortality in Filipino Americans.

A 2018 study that looked at participation in cardiovascular disease prevention programs found a total of 347 articles in a search of peer-reviewed studies and dissertations conducted in the U.S. from 2004 to 2016. Out of those, only nine articles included information on CVD prevention in Filipino Americans.

Part of fixing this issue relies on the Filipino community’s willingness to be study subjects. “Unless they participate, we don’t know that emerging medical and scientific advances apply equally to that specific group,” Napoles said.

However, it’s not that easy. Cultural barriers often get in the way of more active participation, Sabado-Liwag said. There’s also a “stigma associated with seeking and accessing services and resources,” she explained.

Participating in medical research also doesn’t provide answers for someone right away.

“It is not well understood how this will benefit the individual Filipino person or their family. Priorities in the Filipino community are often dictated by what is right in front of them, and research oftentimes seems too much of an abstract thought that does not provide immediate gratification to the average Filipino American,” Moya said. 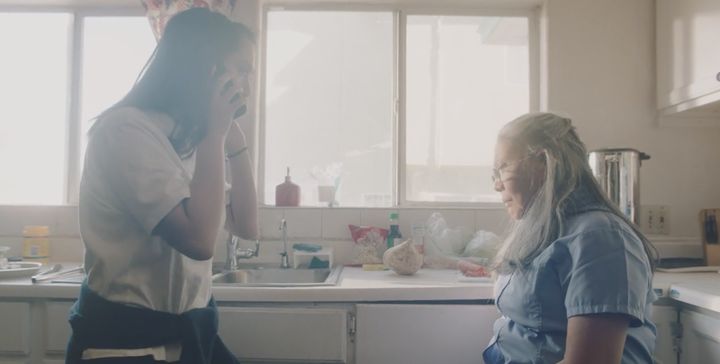 Medical research isn’t the only area where this barrier can affect people. Filipino Americans often aren’t as in-tune with their own health or even make it a priority because of cultural reasons.

Many people lean into the Filipino mindsets like bahala na (“let it be … leave it to God”), which can influence action or inaction on their health. Moya has witnessed how Filipinos oftentimes avoid going to the hospital until it is too late.

“The big barrier is bahala na … and then also this whole idea of nakakahiya naman malaman nila,” which essentially means it’s shameful if people know you’re sick or struggling, Moya said. “It’s commonly said in the community all of this is linked to God being in control and God ultimately having control of what a person’s fate will be.”

How This Translates To Scary Consequences

All of this can lead to the perfect storm, resulting in poor health outcomes. Especially for conditions that require immediate care, like strokes.

Filipinos, along with Asian Indian and Vietnamese populations, are at the greatest risk for decreased longevity due to heart disease or stroke. Research also shows that Filipinos lose an average 16 years of life to cerebrovascular disease, which can include clot-based strokes, mini-strokes and hemorrhagic strokes.

“This has personally affected me, as my grandmother died from her stroke surrounded by family who were not able to quickly identify her stroke and who waited too long to bring her to the hospital, ultimately leading to her untimely death,” Moya said.

All of this is what prompted Moya to create the Pilipino American Stroke Intervention (PANSIN) Project. The goal of the initiative is to conduct participatory research and promote preventative care and literacy for minorities. Moya partnered up with the UCLA National Clinician Scholars Program and Filipino American Service Group Inc. to produce a video in the style of a teleserye, or telenovela, to raise awareness of stroke symptoms.

Recognizing the signs of a stroke is something that also hit close to home for Carmela Espinosa, a Filipino-American who lives in La Mirada, California. Espinosa’s 94-year-old mother suffered a stroke in October. Since Espinosa is a nurse, she was able to recognize the signs when her brother called to say something was wrong with their mother.

Espinosa’s mother was able to get the medical attention she needed immediately and her mother is on the road to recovery. But Espinosa said not everyone has the same awareness of the symptoms. Additionally, most don’t know what to do or why it’s important to act quickly and not “leave things to God.”

Moya hopes that the video, which is airing on ABS-CBN TFC (The Filipino Channel) and being promoted on social media, will give people like Espinosa’s brother the information they need to act quickly and appropriately. That includes recognizing warning signs like facial drooping, arm weakness and speech issues.

Moya’s project is just one of several recent efforts and initiatives focused on improving the health and representation of Filipinos in the medical community. The U.S. Department of Health and Human Services Office of Minority Health announced an initiative in November 2018 that aims to increase the visibility of Asian Americans, Native Hawaiians and Pacific Islanders’ health issues.

Local organizations, like the Kalusugan coalition in New York and New Jersey, are also addressing Filipino health care through community development, awareness and workforce development for medical workers. There are also other health campaigns, like Kaya Ko!, that promote healthy activities and encourage Filipinos to focus on their well-being.

Efforts like these that directly reach the Filipino community are a positive step for awareness. Moya hopes that more follow suit.

“The community has been super appreciative … the older Filipinos were like, ‘Oh my God, I can’t believe that you guys are actually focusing on us because we don’t ever feel like we’re the focus,’” Moya said.