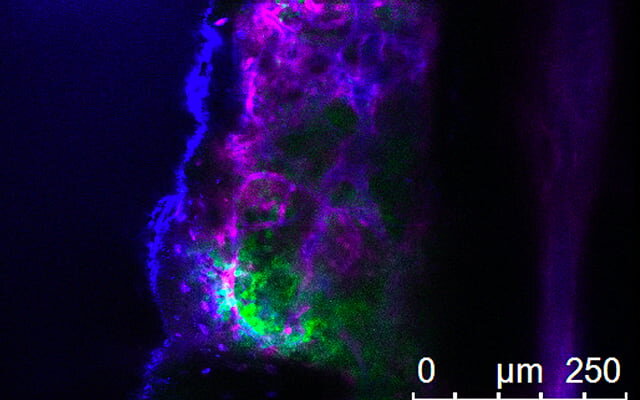 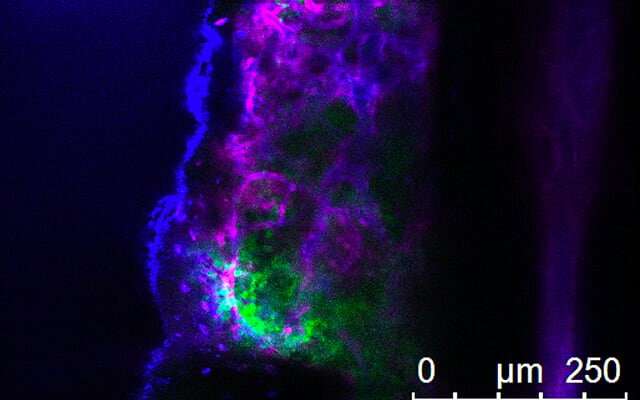 A team of researchers at University of California San Diego School of Medicine and Moores Cancer Center used CRISPR technology to identify key regulators of aggressive chronic myeloid leukemia, a type of cancer that remains difficult to treat and is marked by frequent relapse.

“We used CRISPR technology to carry out a genome-wide screen in leukemia cells to block thousands of genes at once. This is an extremely powerful tool that allowed us to identify a multitude of genes that fuel leukemia growth and find new vulnerabilities that can be targeted in this disease,” said senior author Tannishtha Reya, Ph.D., professor in the departments of Pharmacology and Medicine. “The study also shows, for the first time, that whole genome CRISPR-based screens can in fact be carried out in a manner that is much more physiologically relevant: using primary cancer cells, and in the setting of the native microenvironment.”

Reporting in the April 20, 2020 online edition of the journal Nature Cancer, Reya and colleagues identified RNA-binding proteins—which normally control how, when and if cells make certain proteins—as a key class of proteins that sustain and protect drug-resistant leukemia stem cells. The authors focused on Staufen2 (Stau2), a relatively understudied member of the RNA-binding protein family that was previously only known to control brain and nervous system development.

This work was carried out in collaboration with UC San Diego investigators Gene Yeo, Ph.D., and Anjana Rao, Ph.D., and was conducted by lead author Jeevisha Bajaj, Ph.D., while she was a postdoctoral fellow at UC San Diego in the Reya lab. Bajaj subsequently joined the University of Rochester Medical Center as assistant professor of biomedical genetics and a researcher at the Wilmot Cancer Institute.

The team developed a mouse model in which Stau2 was genetically deleted and found that loss of this protein led to a profound reduction in leukemia growth and propagation, and markedly improved overall survival in mouse models. Stau2 was also required for continued growth of primary tissue samples of patients with leukemia, indicating a conserved dependence in the human disease.

“We are particularly excited about this work because, to our knowledge, this is the first demonstration that Staufen2 is a key dependency in any cancer,” said Reya, who is a member of Moores Cancer Center and the Sanford Consortium for Regenerative Medicine.

To understand how Stau2 controls cancer, researchers undertook a genome-scale computational analysis of its targets through RNA-Seq and eCLIP-Seq. This led to the discovery that this protein controls key oncogenes, such as Ras, and epigenetic regulators, such as the LSD/KDM family of proteins, which are critical drug targets being tested against leukemia and other cancers.

According to the National Cancer Institute, approximately 1.5 percent of men and women will be diagnosed with leukemia at some point during their lifetimes. While chronic myeloid leukemia (CML) can be controlled with targeted therapies, this disease can be lethal if it advances or is diagnosed in an acute “blast” phase. The findings also have implications for acute myeloid leukemia (AML) and other blood cancers.