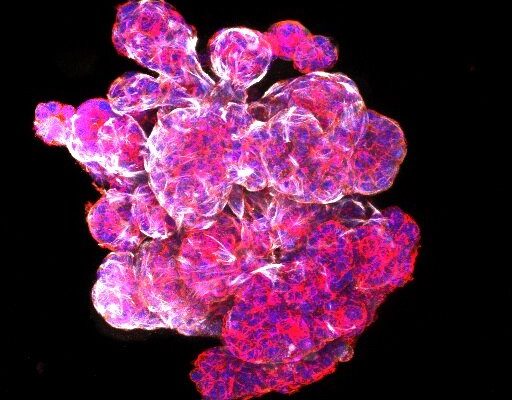 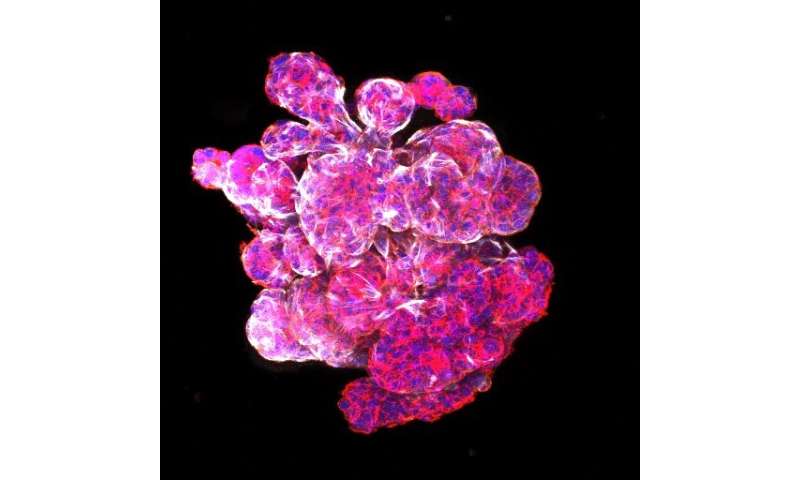 Findings by Monash Biomedicine Discovery Institute (BDI) researchers have pointed to a new combination of treatments that may help breast cancer patients with certain gene mutations.

The study, published in Molecular Cell and led by Dr. Antonella Papa, identified potential new treatments for patients who lacked PTEN, a gene that suppresses tumors, and/or have mutations in the cancer gene PI3K.

The researchers demonstrated using animal models, organoids and proteomic screening, that the loss of PTEN synergises with mutant PI3K gene in forming tumors in mammary glands. They then found that inhibiting the protein AKT suppressed the growth of PTEN and PI3K mutant mammary organoids.

In a surprising finding, the team also discovered that loss of PTEN function increased levels of the glucocorticoid receptor (GR) and made the tumor cells more prone to death.

The researchers found that combining a treatment called dexamethasone (an anti-inflammatory medication currently available), which activates GR, with an AKT inhibitor, better suppressed growth of PTEN/PI3K mutant cancer cells than treatment with a single compound.

The scientists are now testing the efficacy of their combination therapy in pre-clinical animal models with a view to future testing in clinical trials for breast cancer treatment.

PTEN gives instructions for making an enzyme found in most tissues in the body and functions by stopping cells from growing and dividing too rapidly or too uncontrollably. In contrast, PI3K is an enzyme that promotes cell growth and sustains proliferation in cancer when mutated.

“These patients could benefit from our findings,” Dr. Papa said.

“The finding that GR sensitizes PTEN mutant cells to death is absolutely new; it was the opposite of what you would expect,” Dr. Papa said.