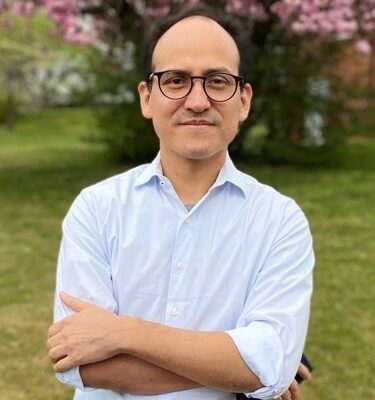 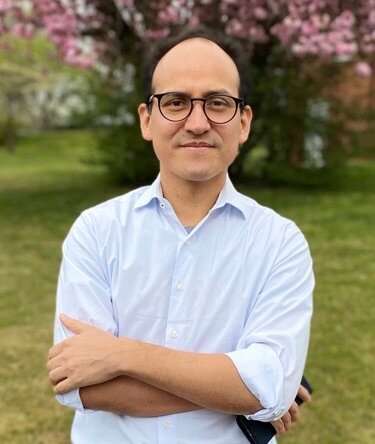 Kristian López Vargas couldn’t stand by as the coronavirus threatened his home country of Peru. Instead, he approached the Peruvian government about developing an app to improve “contact tracing” to protect people from COVID-19. Then he helped lead the effort that culminated with the app’s release just three weeks later.

López Vargas worked around the clock with academics, the government, and technology companies to develop the phone-based app and accompanying probability models. With the endorsement of the government, the app PeruEnTusManos was launched April 3 and already has one million users.

“The public has welcomed this tool and appreciates that the government took decisive action to implement a nationwide lockdown early,” said López Vargas. “It’s super scary. My family is there.”

López Vargas, an assistant professor of economics who joined the faculty in 2015, said the effort got underway about three weeks ago.

Contact tracing is the main strategy used to fight epidemics once containment is no longer possible. It’s a labor-intensive method that begins when an individual tests positive for infection; health care professionals “traceback” that person’s contacts and notify everyone the infected individual had contact with so they can isolate themselves and help contain the spread of the disease.

“When a virus is spreading fast, manual tracing becomes impossible, because human resources can only scale linearly,” said López Vargas. “The coronavirus is growing exponentially.”

Hence the need for a high-tech tool.

With a background in experimental and behavioral economics, as well as expertise in statistical modeling, López Vargas is part of a team of over 30 engineers, computer scientists, mathematicians, and epidemiologists in Peru and elsewhere developed a piece of highly engineered software to do the time-consuming work of contact tracing.

The idea is to twofold: Create a database that holds fine-grained records of where individuals have been so if someone tests positive for coronavirus, it will be possible to trace their steps for the 14 days prior to infection—in five-minute increments gathered from cell phone GPS positions.

The second part involves probability; the app alerts others who were in those same locations that they had come in near contact with someone who later became infected, calculating their risk based on juxtaposition and length of exposure. “If they meet a certain threshold, they would receive instructions to be tested,” said López Vargas.

For those who opt in, phones submit the information anonymously to the central database, where comparisons and risk assessments are made automatically.

“Several countries are using this technology,” he said. “Singapore’s government has implemented a tool similar to ours. Some technology is more invasive than others. We need to weigh the power of data and the rights of privacy.”

At least two other Western teams—one based at MIT and another in Europe—are developing high-tech tools for digital, or massive, contact tracing, according to López Vargas, adding that government-led efforts in China and Korea are more secretive.

Digital contact tracing relies on the support of the public and the endorsement of the government, and trust is integral to both, said López Vargas, who notes that informal surveys prior to the app’s release revealed significant support for the idea.

“You’re being tracked, but you get very concrete benefits,” he said. “It’s also true that we should be very careful regarding privacy. The debate is super active right now, and it depends on the amount of government trust people have in different countries.” López Vargas maintains that it would be “nearly impossible” for a bad agent to utilize this information for other purposes.

The MIT-based team’s tool puts “privacy first,” not gathering information from phones but rather notifying users about the past location of currently known cases, so they could use their devices to go back and do their own contact tracing. But that approach comes with tradeoffs, said López Vargas. “That leaves it up to the citizen to get the information and to decide what to do with it,” he said. “And there’s little information for the response team about the scope and size of risk. It doesn’t utilize all the power of the information.”

López Vargas acknowledges that the massive contact tracing approach wouldn’t fly in an outbreak of normal flu because of privacy concerns. “But in this situation, with the tradeoff in loss of life, economic impact, and privacy, there’s support for it,” he said.