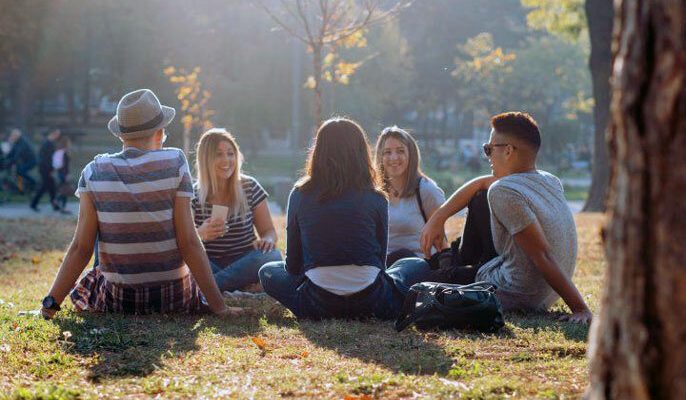 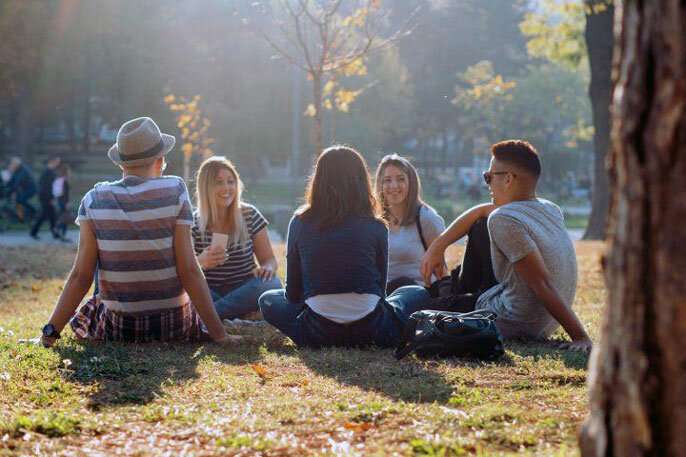 As COVID-19 cases continue to climb globally, a common misconception spreading with the illness is that it mainly affects the elderly while sparing younger people.

By now, most people have heard the statistics from China that said that 80 percent of COVID-19 cases are mild, only 20 percent are severe or critical, and that the vast majority of deaths occur in the elderly and those with underlying health conditions.

But these numbers belie how sick the disease can make just about anyone, of any age. “That’s the challenge of looking at numbers in aggregate,” said Kirsten Bibbins-Domingo, Ph.D., M.D., M.A.S., a general internist and chair of the Department of Epidemiology and Biostatistics at UC San Francisco.

New numbers from the U.S. Centers for Disease Control and Prevention (CDC) tell a different story about who is getting sick, especially in the United States.

We talked to Bibbins-Domingo, infectious disease specialist Peter Chin-Hong, M.D., and geriatrician Kenneth Covinsky, M.D., M.P.H., to take a closer look at the numbers and what they reveal about who’s getting sick, what the virus does to the body, and when we’ll know if social distancing works.

Anyone can become severely ill from COVID-19

“Everybody is capable of having a severe form of this disease. Every age group can end up in the hospital,” said Bibbins-Domingo. In fact, in the reports from China, the “mild” cases encompassed a range of severity, from no symptoms to pneumonia.

A new report from the CDC confirms that COVID-19 does not spare millennials and Gen Z. Among the first 4,226 cases in the U.S., more than half of patients who were hospitalized were under the age of 65, and one in five were aged 20 to 44.

Chin-Hong, said the report was “a wake-up call that it can happen to all ages,” and that he had already seen young and critically ill patients at UCSF. “They had no medical risk factors, no past medical history, and went straight into the ICU,” he said.

In California, the majority of confirmed cases so far have been in people younger than 50.

While it’s true that younger people are less likely to die from the illness, they could still require the ventilators and ICU beds that are in short supply.

“It’s important that younger adults understand that they are part of the solution,” she said.

Gen Z may be driving transmission

If the packed spring break beaches are any indication, younger adults are feeling less vulnerable to COVID-19 and many are not heeding the calls for social distancing. Not only are they risking their own health, they could be a major factor driving transmission rates, said Bibbins-Domingo.

In South Korea, where diagnostic testing has been widespread and available to people with no symptoms, nearly 27 percent of the confirmed cases are people in their 20s, by far the age group with the most infections. That suggests young adults may be spreading COVID-19 without realizing it.

“It is clear that part of the epidemiology includes people who are asymptomatic or mildly symptomatic being able to transmit,” said Bibbins-Domingo. She pointed to a recent Science paper, which estimated that, before travel restrictions were put in place in China, 86 percent of infections there were undiagnosed because they had no severe symptoms, yet they were the infection source for 79 percent of diagnosed infections. The high proportion of undiagnosed infections “appears to have facilitated the rapid spread of the virus throughout China,” the authors wrote.

Act as if you are already infected

“Absolutely there are people walking around who have no idea they have it,” said Bibbins-Domingo. “Some will go on to have symptoms in three days, and some will never have symptoms.”

The belief among most public health professionals is that many, many Americans are already infected. Yet because widespread testing isn’t yet available, it’s impossible to know who they are.

That’s why social distancing measures like California’s shelter-in-place order are essential to slowing the spread and flattening the curve, said Chin-Hong. “Everyone should act as if they are already infected.”

What does the novel coronavirus do to the body?

The novel coronavirus is transmitted by respiratory droplets that can travel several feet in the air and survive on some surfaces for three days. The virus enters the body through mucosal areas such as the mouth, nose or eyes. Unlike viruses that cause the common cold, which tend to stay in the upper respiratory tract, the novel coronavirus can “zoom down to the lungs,” said Chin-Hong.

In the lungs, the virus attaches to specific receptors on cells, called ACE2 receptors. The virus uses the ACE2 receptors to gain entry inside the cells, hijacking the cells’ machinery to produce more viruses.

The viral invasion can lead to serious inflammation of the lungs, known as pneumonia, and characterized by cough, fever, and shortness of breath. Part of the damage, said Chin-Hong, is caused by your own body trying to fight off the infection, sending an army of immune cells that release inflammatory signals know as cytokines.

ACE2 receptors are also found in other parts of the body, including the cardiovascular and gastrointestinal systems, and may explain some of the complications associated with COVID-19, said Chin-Hong.

Bibbins-Domingo said that the novel coronavirus is unusual in how contagious it is, even more so than influenza A viruses that have caused flu pandemics. It is also unusual for the spectrum of illness it causes, including a higher rate of death, and its ability to transmit asymptomatically, she said.

Chin-Hong agreed that the novel coronavirus is unusual in how fast it spreads. “The virus is really crafty and thrives by people spreading it when they are not sick,” he said.

‘High-risk’ includes a lot of people

The known risk factors for developing serious illness from COVID-19 include heart disease, lung disease, cancer, diabetes, and any condition that weakens the immune system. Likely there are other risk factors that we don’t yet know about, said Chin-Hong.

A recent report by the Kaiser Family Foundation found that 40 percent of Americans may be at high risk for serious illness if infected with COVID-19. This includes anyone over the age of 60, some 76.3 million Americans, as well as younger adults with underlying health conditions, another 29.3 million Americans.

As we age, our immune systems become more sluggish and less able to fight off infections, said Covinsky. And it’s nearly impossible to disentangle the risk of old age itself from the underlying health conditions that tend to come with it. More than half of Americans older than 60 and nearly two-thirds of those older than 80 have an underlying health condition, according to the Kaiser Family Foundation report.

Many older adults depend on the help of younger family members or caregivers, especially now that the CDC has urged anyone over 65 to stay at home. “For older people who rely on caregivers, what happens if caregivers get sick?,” said Covinsky. “COVID-19 can have a direct effect, but if they lose caregivers and support, that can also have a devastating effect.”

“It’s a community effort and we’re all in this together,” he said.

Experts are certain that without social distancing measures, the virus would spread quickly and infect a high proportion of the population. They agree there are already more cases than we know.

“The cases we see today reflect transmission that happened one to two weeks ago. We’re always seeing just the tip of the iceberg—the iceberg we know for sure is much larger,” said Bibbins-Domingo.

That also means that the success of social distancing measures—if people comply—will only become apparent after about two weeks.

Chin-Hong worries that even if we begin to flatten-the-curve, people may become fatigued from long-term social distancing and drop their guard, causing a second spike in infections.