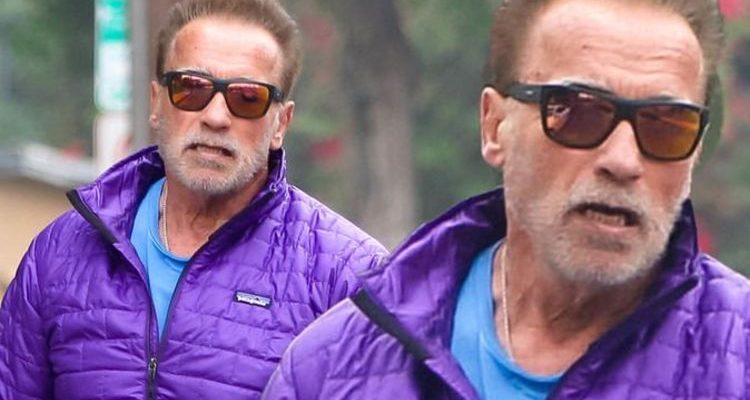 Swapping his life of acting for politics, the star has become the most recent Republican governor of California as of 2022. His political stance is even being reflected in his acting career, as the star is playing the President in the upcoming sequel Kung Fury 2. His ability to keep up with a hectic work schedule may partly be thanks to the aortic valve surgery The Terminator star had done back in 2020. Announcing the surgery on Twitter and Instagram, Schwarzenegger shared that he had his aortic valve replaced at the Cleveland Clinic medical centre in Ohio.

Writing on Twitter, accompanied with multiple photos of himself in hospital and sightseeing around Cleveland, Schwarzenegger posted: “Thanks to the team at the Cleveland Clinic. I have a new aortic valve to go along with my new pulmonary valve from my last surgery.

“I feel fantastic and have already been walking the streets of Cleveland enjoying your amazing statues. Thank you to every doc and nurse on my team!”

As the star addressed in his post, this heart surgery was not his first rodeo. Back in 1997 the star had a pulmonary valve replacement, followed by the same condition in 2018 to once again replace the pulmonary valve.

The root cause of his heart problems seem to stem from Schwarzenegger’s family history after his paternal grandmother had a heart problem and passed away at age 67, followed by his mother who also had a history of heart problems.

Due to this, Schwarzenegger was advised by his doctor to have his heart checked, where it was first picked up that he had a congenital heart condition known as a bicuspid aortic valve.

The Mayo Clinic explains that a bicuspid aortic valve is a type of heart disease that you are born with.

The aortic valve’s job is to separate the lower left heart chamber and the body’s main artery, with flaps of tissue – known as cusps – on the valve opening and closing with each heartbeat to ensure the blood flows in the right direction.

Typically individuals have three cusps, but those with a bicuspid valve only have two cusp, which can potentially cause the following problems:

Although managing well with his condition for a large portion of his life, soon Schwarzenegger’s aortic valve was failing, meaning he had to have the whole thing replaced.

In an interview with Graham Bensinger, who presents American show In Depth With, back in 2016, Schwarzenegger revealed more about this first round of heart surgery.

“The bottom line was that it failed,” Schwarzenegger explained to Bensinger.

“I started coughing and I started kind of choking and not getting any air and there was fluid going into the lungs.

“At three in the morning the doctor came to me and said, ‘You know the surgery failed and in two hours from now we have to do it again, and now it gets very dangerous.’

“To do two surgeries like that within 24 hours, it’s like at first they tell you there’s a six percent chance of failure and you wipe out and then all of a sudden that doubles.

“It was a wild thing, a wild situation to be in, but being on the amount of drugs that you are on at that point you really don’t care. It was a disastrous situation to be in nevertheless and I could see when they prepared me for the surgery at five in the morning that their attitude was quite different than the day before.

“This time it was serious, serious business.”

Since his first surgery, Schwarzenegger has survived two more rounds of heart surgery, as it is common for tissue heart valves to wear out and need replacement.

Most individuals do not have any signs of symptoms of valve disease, especially until they are adults. The Mayo Clinic states that symptoms that do occur include chest pain, shortness of breath and difficulty exercising.

After having aortic valve replacement surgery, the NHS advises that full recovery time should take about two to three months.