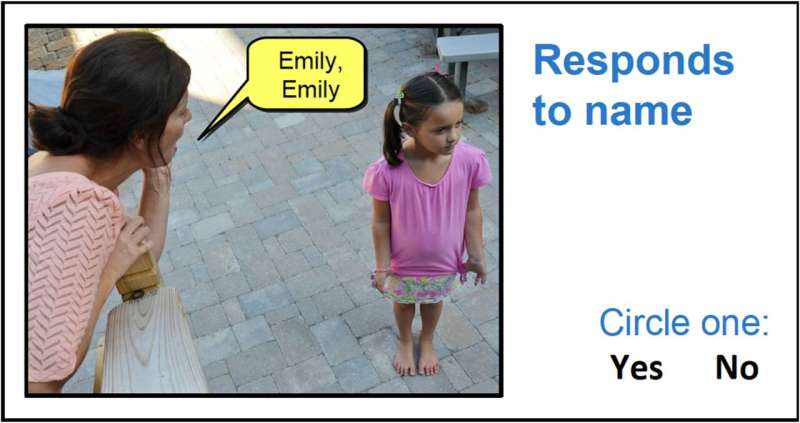 Screening tools for autism spectrum disorder (ASD) often fail to identify ASD among children from low-income families and racial/ethnic minority groups, particularly when English is not the family’s primary language. A new visually-based tool may reduce these disparities at a pivotal point in children’s development.

In Pediatrics, Zuleyha Cidav, David Mandell, and colleagues found that the Developmental Check-In Tool (DCI) can accurately identify ASD risk among young children from families that have low income or speak English as a second language. The authors recruited 637 children ages 2 to 5 from Head Start and Early Head Start in four communities. Parents received an ASD screening packet with the DCI and two validated tools (the Modified Checklist for Autism in Toddlers, Revised, with Follow-Up, or M-CHAT-R/F, and the Social Communication Questionnaire, or SCQ).

Most of the sample was Hispanic (66%), enrolled in Medicaid or uninsured (86%), and from families where English was not the primary language (65%). Most parent respondents were mothers (94%) and had a high school education or less (86%). Children who screened positive on any of the three tools received an ASD evaluation from an expert clinician.

The DCI is written in both English and Spanish, and it includes 26 pictures in four domains: communication (4 items), play (6 items), social (8 items), and behavior (8 items). Each picture includes a brief description. Figure 1 shows one of the DCI items.

The DCI can improve ASD identification among children from families with low literacy or limited English proficiency. Even though ASD can be diagnosed in children as young as 18 months, on average, children in the U.S. receive an ASD diagnosis at age four. Earlier recognition of ASD is critical for early intervention and improved functional outcomes. While the disparity in ASD diagnoses between Black and white children has improved over time, Hispanic children continue to be diagnosed at a lower rate. The DCI could lead to earlier and more accurate ASD diagnoses for this group; in this study, the DCI accurately predicted ASD risk among Hispanic children between 3 and 4 years.

Since every child did not receive an ASD evaluation, this study could not directly compare the predictive power of the three screening tools. If further studies show that the DCI performs well in direct comparisons, the new pictorial screening tool can go a long way towards addressing disparities in autism care.