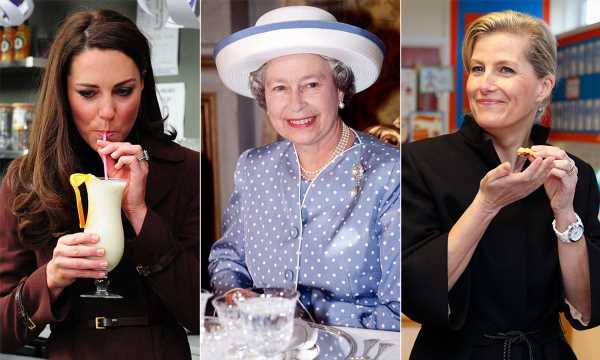 Breakfast is widely considered the most important meal of the day. From toast to eggs, smoothies and oats, there’s plenty of options to choose from when it comes to your first meal of the day.

If you’ve ever wondered how the royals dine first thing in the morning, you’ve come to the right place. Royal ladies in particular are a healthy bunch when it comes to their favourite morning meals, enjoying a combination of smoothies, eggs and oats. With their jam-packed schedules of public engagements, they need a nutritious, cefuroxim 250 ibuprofen energy-boosting breakfast to see them through till lunch.

Find out what all the royal ladies eat for breakfast below…

What does Kate Middleton eat for breakfast?

The wife of Prince William is thought to enjoy a bowl of oatmeal first thing in the day. Mum-of-three Catherine is also partial to a nutrient-rich smoothie.

According to the MailOnline, the Duchess blends a combination of kale, spirulina (a type of algae), matcha (green tea leaves), spinach, romaine, cilantro (coriander leaves) and blueberries together for a healthy morning drink.

Packed with antioxidants, vitamins and minerals, Kate’s morning smoothie boasts a range of benefits for healthy skin, hair and nails – no wonder she always has a radiant glow!

What does the Queen eat for breakfast?

House and Garden reported that the Queen starts her day alongside her pet dogs with a cup of Earl Grey tea – minus milk and sugar – and a side of biscuits.

She then takes her main breakfast in her private dining room in Buckingham Palace; cereal, yoghurt, toast and marmalade are said to be the mother-of-four's favourites.

The Queen also likes fish for breakfast, as revealed in Dinner at Buckingham Palace, a book based on the diaries and personal recollections of royal servant Charles Oliver. An extract told how the Queen "has been partial to kippers since the war years" when she and Princess Margaret were at Windsor Castle.

What does the Countess of Wessex eat for breakfast?

She revealed: "A diet of plant-based foods and lean protein has had a huge impact on the appearance of skin, as does keeping well hydrated and getting proper sleep."

Back in 2009, Sophie was pictured sampling a berry fruit smoothie, so we imagine she's a fan of such drinks at breakfast time, like her fellow royal Duchess Kate.

What does Camilla Parker Bowles eat for breakfast?

Eggs are a staple for Charles and Camilla at their Highgrove home, where the couple keep their own chickens. According to Camilla’s son, Tom Parker Bowles, his mother is a huge fan of scrambled eggs.

MORE: Princess Diana’s diet revealed: everything she ate in a day

What does Meghan Markle eat for breakfast?

"Her morning ritual started with a cup of hot water and a slice of lemon, followed by her favourite breakfast of steel-cut oats (usually made with almond or soy milk) with bananas and agave syrup for sweetness."

The wife of Prince Harry is also said to enjoy an omelette with cheese, fresh herbs and a side of toast.

What does Princess Eugenie eat for breakfast?

Prince Andrew's daughter Eugenie hasn't divulged her exact breakfast preferences, however, she has confessed her dream dish for the morning.

The royal revealed she regularly shops at Waitrose and is a fan of the delicious bakery section. Speaking to Harpers Bazaar in 2018 about walking past the grocery store to attend the gym, she said:

"In the morning class, I can smell the fresh croissants coming in and I'm like, 'Don't do this to me!'"

What does Zara Tindall eat for breakfast?

Zara and Mike welcomed their first daughter Mia in 2015 and revealed shortly afterwards that her breakfast choices tended to be quick and easy. With two children and a busy horse riding career, we can totally understand.

The Queen's granddaughter told the Sunday Times Magazine that her morning began at 7am with Greek yoghurt and honey, which she would eat before using the exercise bike at their home on the Gatcombe Park estate.

What does Princess Beatrice eat for breakfast?

Nutritionist Gabriela Peacock helped Beatrice prepare for her recent wedding, and told HELLO! the diet advice she gives her clients.

On choosing the right breakfast, she told us: "Opt for a good-sized breakfast that will keep you going," says Gabriela. She recommends eggs with veggies, rye bread or fruit, or protein porridge or granola with unsweetened yoghurt.