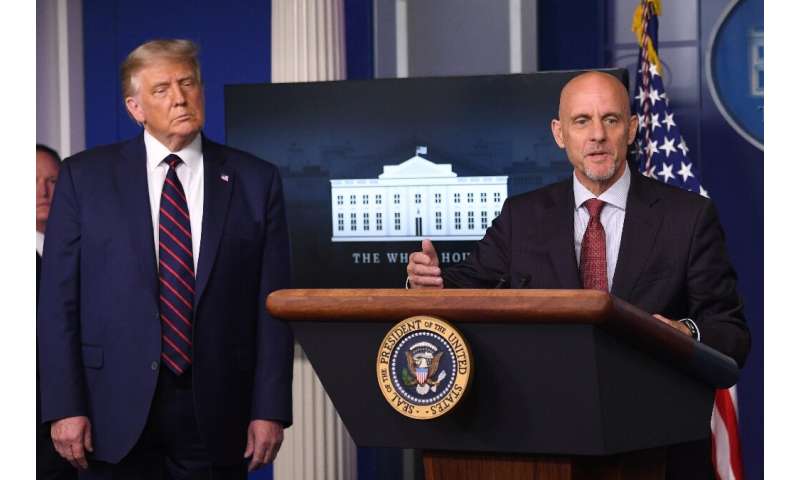 Dr Stephen Hahn, the commissioner of the US Food and Drug Administration, apologized Monday after misrepresenting a key statistic on how effective blood plasma is for treating COVID-19 when announcing an emergency approval measure.

The US on Sunday issued emergency approval for plasma taken from recovered coronavirus patients, so that more people can get access to the experimental treatment.

But Hahn and other senior health officials came under fire from experts after repeating a claim made by President Donald Trump that blood plasma from recovered COVID-19 patients reduced mortality rates by 35 percent.

“What that means is—and if the data continue to pan out—100 people who are sick with COVID-19, 35 would have been saved because of the administration of plasma,” Hahn said Sunday, after Trump had called it “a tremendous number.”

Such a reduction would indeed be a game changer in the fight against the pandemic—but the statistic is false.

The officials said these results came from a study of 35,000 patients conducted by Mayo Clinic, but Dr Scott Wright, the study’s leader, told AFP it did not come from his institution’s research. He said he believed it might be an “integrated analysis” the FDA had arrived at by looking at both Mayo’s work and other studies.

“I have been criticized for remarks I made Sunday night about the benefits of convalescent plasma,” said Hahn in a tweet thread on Monday night. “The criticism is entirely justified. What I should have said better is that the data show a relative risk reduction not an absolute risk reduction.”

But it was not immediately clear which figures the FDA had used from the Mayo study to arrive even at this far more modest claim. The study has not yet been peer-reviewed and is available in “preprint” form on a medical research server, so it remains possible that more data will eventually be forthcoming.

The scientific community is divided on whether plasma should have received an emergency use approval.

Early research suggests it may be helpful and safe but no clinical trials—considered the gold standard of medical research—have yet found conclusively in its favor.