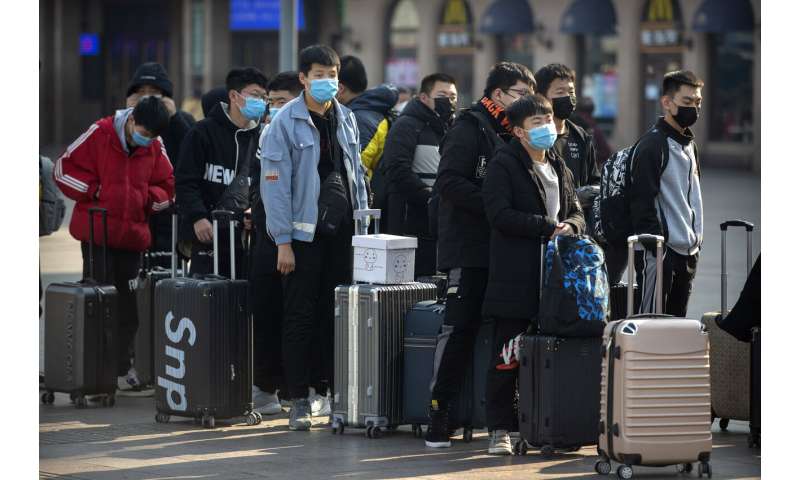 The U.S. advised against all travel to China as the number of cases of a worrying new virus spiked more than tenfold in a week, including the highest death toll in a 24-hour period reported Friday.

The virus has infected almost 10,000 people globally in just two months, a worrying sign of its spread among people that prompted the World Health Organization to declare the outbreak a global emergency.

China as of Friday morning counted 9,692 confirmed cases with a death toll of 213, including 43 new fatalities. The vast majority of the cases have been in Hubei province and its provincial capital, Wuhan, where the first illnesses were detected in December. No deaths have been reported outside China.

The National Health Commission reported 596 cases have been “cured and discharged from hospital.” WHO noted most people who got the illness had milder cases, though 20% experienced severe symptoms. Symptoms of the new coronavirus include fever and cough and in severe cases, shortness of breath and pneumonia. 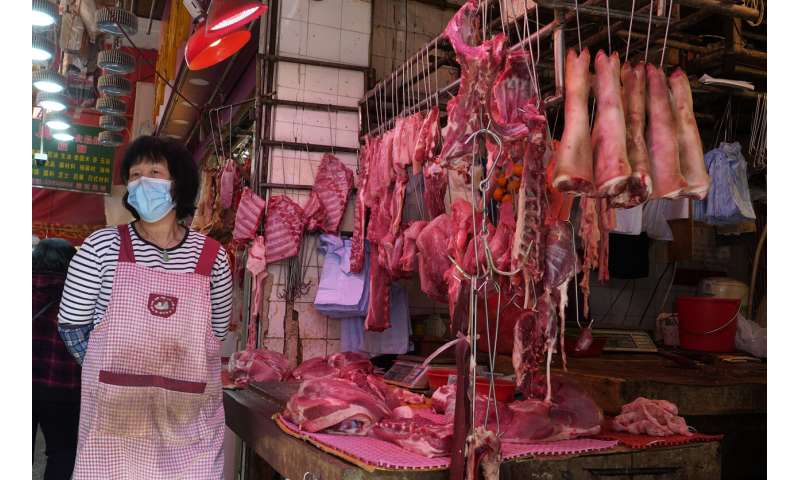 Meanwhile, China’s foreign ministry said it will send charter flights to bring home residents of Hubei from overseas. It gave few details, but said those from Hubei and especially Wuhan would be sent directly back as soon as possible in light of the “practical difficulties” they were encountering.

China has placed more than 50 million people in the region under virtual quarantine, while foreign countries, companies and airlines have cut back severely on travel to China and quarantined those who recently passed through Wuhan. The virus is believed to have a two-week incubation period, during which those infected can pass on the illness even if they show no symptoms such as fever and cough.

Since China informed WHO about the new virus in late December, 18 countries have reported cases, as scientists race to understand how exactly the virus is spreading and how severe it is.

Experts say there is significant evidence the virus is spreading among people in China and WHO noted with its emergency declaration Thursday it was especially concerned that some cases abroad also involved human-to-human transmission. It defines an international emergency as an “extraordinary event” that constitutes a risk to other countries and requires a coordinated international response.

“The main reason for this declaration is not because of what is happening in China but because of what is happening in other countries,” WHO Director-General Tedros Adhanom Ghebreyesus told reporters in Geneva. “Our greatest concern is the potential for this virus to spread to countries with weaker health systems which are ill-prepared to deal with it. 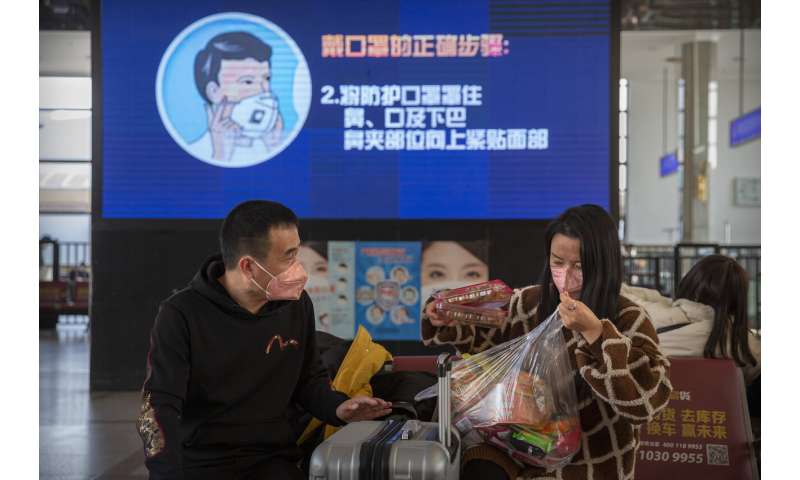 A declaration of a global emergency typically brings greater money and resources, but may also prompt nervous governments to restrict travel and trade to affected countries. The announcement also imposes more disease reporting requirements on countries.

On Friday, the U.S. Embassy in Beijing said it was authorizing the departure of family members and all non-emergency U.S. government employees from Beijing and the consulates in the cities of Chengdu, Guangzhou, Shanghai, and Shenyang. Staff from the Wuhan consulate departed earlier this week.

The decision was made “out of an abundance of caution related to logistical disruptions stemming from restricted transportation and availability of appropriate health care related to the novel coronavirus,” the embassy said.

The level 4 “Do Not Travel” advisory is the highest grade of warning. 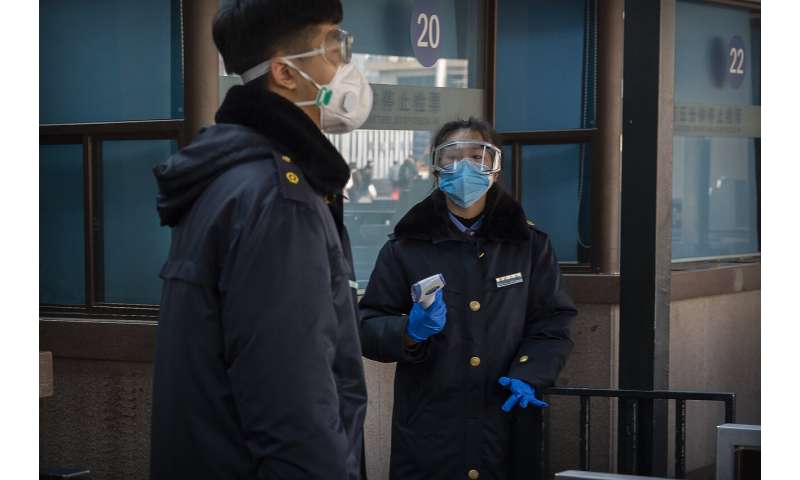 Mike Wester, a businessman in Beijing who has lived in China for 19 years, said he has no plans to leave.

“I feel safer self-quarantining myself here at home than I do risking travel,” said Wester.

He pointed to potential risks from crowds at airports and being required to remove a mask for passport and security checks.

Speaking by Skype from Utah, Kelly Flanagan, 36, a school counselor in China since 2011, said she is planning to stay out of China as she watches the virus spread.

“This is probably going to be awhile,” said Flanagan, who said her Type 1 diabetes added to her health concerns. From the U.S. she is working remotely with her students to help them pass English proficiency exams.

Japan and Germany also advised against non-essential travel and Britain did as well, except for Hong Kong and Macao. 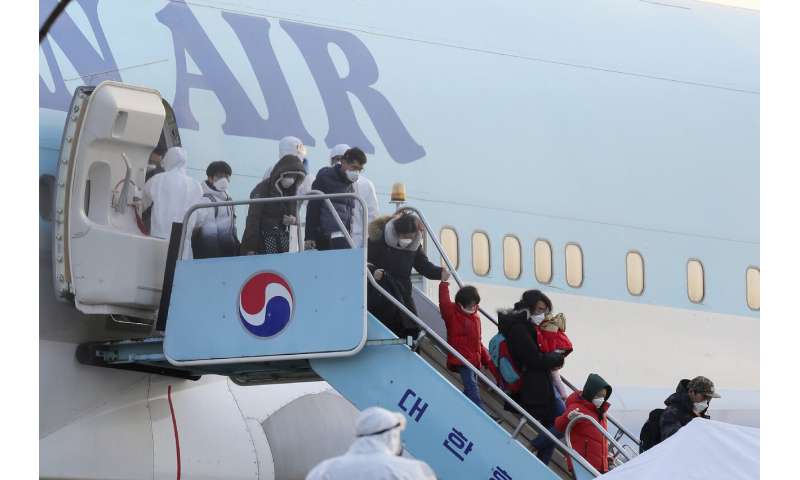 Tedros said WHO was not recommending limiting travel or trade to China, where transport links have shut down in places and businesses including Starbucks and McDonald’s temporarily closing hundreds of shops.

“There is no reason for measures that unnecessarily interfere with international travel and trade,” he said. He added that Chinese President Xi Jinping had committed to help stop the spread of the virus beyond its borders. 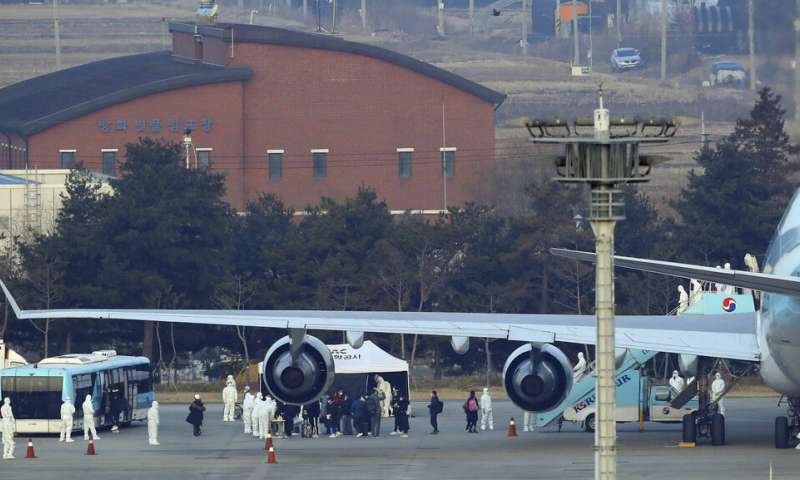 China’s U.N. Ambassador Zhang Jun said Thursday evening in New York that “we are still at a very critical stage in fighting the coronavirus” but stressed that the epidemic is still mainly confined to China and urged the international community against any overreaction.

He said China appreciated “the friendly gesture made by the international community” in providing medical equipment, and “what are needed urgently,” especially in Hubei province, are masks and other protective medical supplies including glasses.

Although scientists expect to see limited transmission of the virus between people with close contact, like within families, the instances of spread to people who may have had less exposure to the virus is worrying. 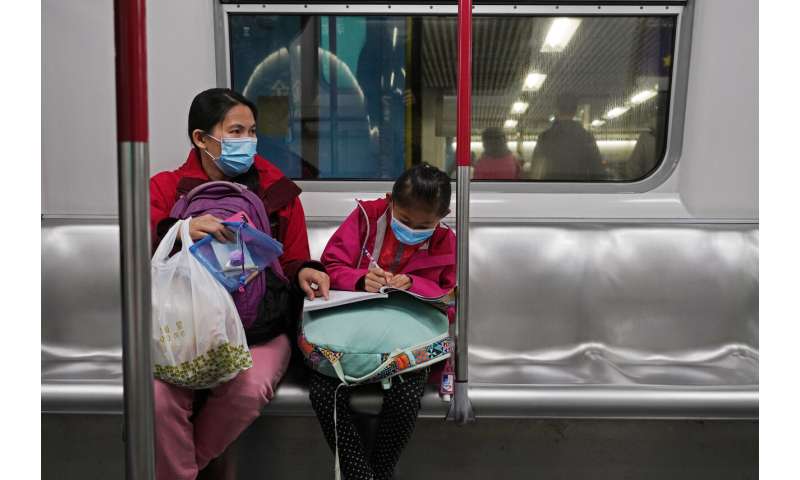 In Japan, a tour guide and bus driver became infected after escorting two tour groups from Wuhan. In Germany, five employees of German auto parts supplier Webasto became ill after a Chinese colleague visited. The woman had shown no symptoms of the virus until her flight back to China.

“That’s the kind of transmission chain that we don’t want to see,” said Marion Koopmans, an infectious diseases specialist at Erasmus University Medical Center in the Netherlands and a member of WHO’s emergency committee.

On Friday, Thailand said a taxi driver became its first case of person-to-person spread. The Southeast Asian country, a popular travel destination for Chinese, has counted 19 cases in all.