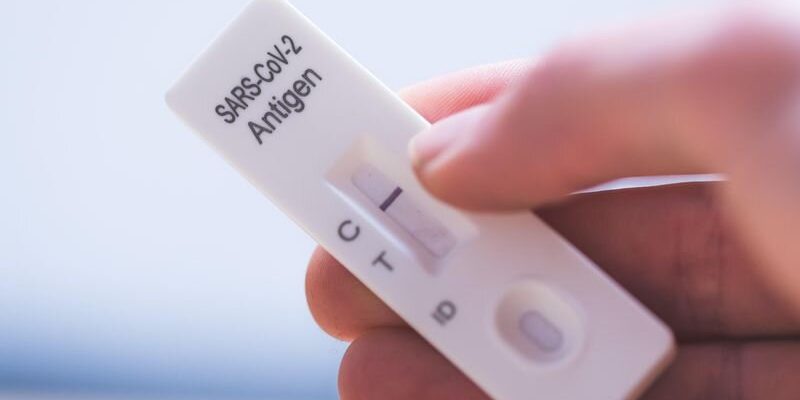 If you ordered COVID-19 tests through the federal government recently, you might want to check the expiration dates.

Although the actual expiration had already been extended by six months for the iHealth COVID tests, some will still expire soon, CBS News reported.

Nora Boydston, of Douglas County, Colo., was among those who ordered the four free tests in December, which arrived with expiration dates listed as this past July or August. Even after adding the extension by the U.S. Food and Drug Administration, two of her tests expired Jan. 2, CBS News reported. The other two expire next month.

“I honestly thought when we ordered these, we would be getting something current that we could have on hand for a while,” Boydstun told CBS News, noting that she saves tests for a known exposure or when she has symptoms.

Zach Rogers had a similar experience, receiving tests in December that will expire on Valentine’s Day, CBS News reported.

“That was a little disappointing, just given that there’s this new COVID variant going around and cases are continuing to go up. I’m worried that I’m not going to have a test that is available, that hasn’t expired yet, in the event that I need it,” said Rogers, who lives in Portland, Ore.

Both Rogers and Boydstun expressed concern about others potentially throwing away tests they thought were already expired or using tests that are no longer effective.

Still, those ordering free tests can see a notice on the U.S. Postal Service site that advises checking the extended expiration dates on the U.S. Food and Drug Administration website. Consumers can find their test by batch lot number; the lot number is printed on the back of each test box.

Neither the FDA or the U.S. Department of Health and Human Services, which is in charge of the test distribution program, responded to CBS News’ requests for comment.

The recommendation is to throw away tests that are actually expired, extension not included, Butler-Wu told CBS News.

Anyone testing with an expired test should watch for the test’s pink control line to clearly appear.

“If there’s any funky business with that control, that is not a valid test result and you cannot use that,” she said.

Butler-Wu also recommended against trusting a negative result from an expired test.

“If you’re sitting there and you have lost your sense of taste or smell, and that test is telling you it’s negative and it was expired, do I believe it? No,” Butler-Wu said.

More information:
The U.S. Centers for Disease Control and Prevention has more on COVID-19.