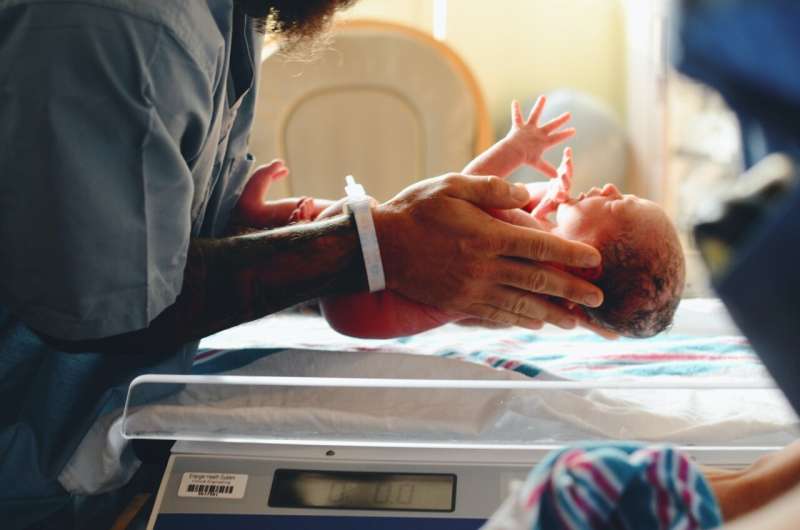 Premature birth, before 34 weeks of pregnancy, is linked to lower scores in math and language tests as a teenager compared with those born at 40 weeks, finds a large Danish population study published today in The BMJ.

The study, however, found no substantial difference in later brain (cognitive) function in babies born between 34-39 weeks and those born at 40 weeks. And the researchers acknowledge that cognitive outcomes are not predetermined at birth but are heavily influenced by social circumstances.

It is estimated that around 15 million infants are born preterm, before 37 weeks of pregnancy, worldwide each year. The final weeks of pregnancy are significant for fetal brain development, and preterm and early-term birth are thought to have a negative impact on later brain function.

However, previous studies have been relatively small, primarily limited to one measure, or didn’t sufficiently adjust for other factors that could have influenced the results.

To more accurately determine the impact of gestational age—duration of pregnancy in weeks—at birth on long-term cognitive function, the researchers analyzed data for all full siblings born in Denmark from January 1, 1986 to December 31, 2003.

A total of 1.2 million children were born in this period, of whom 792,724 had at least one full sibling born in the same period, which allowed the researchers to take into account hereditary factors such as maternal intelligence.

Using nationwide registry information, the researchers analyzed gestational age at birth, along with their exam results in written Danish language and math at age 15-16, and separately, the results of intelligence tests taken by 227,403 brothers aged around 18, at mandatory military conscription.

Potentially influential factors, including sex, birth weight, parental age and educational level at birth, number of older siblings, and shared family factors between siblings were also taken into account in the analysis.

Overall, 44,322 (5.6%) of the 792,724 children were born before 37 weeks. Of these, only those born before 34 weeks had significantly lower than average math scores than those born at 40 weeks, and grades progressively decreased with increasing prematurity.

For written language, however, only children born at or less than 27 weeks showed a significantly lower than average grade.

This is an observational study so can’t establish cause and the researchers also acknowledge some limitations. For instance, smoking during pregnancy was not recorded before 1991, and test results may differ from real-life outcomes such as lifetime income.

But they say the study has the advantage of a large sample size and their sibling comparison design most likely accounts for other factors such as maternal smoking. Results were also similar after further analyses, such as including children who did not take exams, suggesting that the findings withstand scrutiny.

While underlying reasons for these findings are still not clear, the researchers suggest that as low cognitive ability is linked to decreased quality of life and early death, their findings “stress the need for more research into how these adverse outcomes can be prevented.”

They add, “Cognitive outcomes are not, however, predetermined at birth but are heavily influenced by social circumstances and nurturing, and this is why early intervention is warranted for children born early preterm.”

In a linked editorial, Canadian researchers acknowledge that cognitive deficits in early life could have a lifelong influence on a person’s capacity and capabilities.

However, they say that although parents and clinicians should be aware of potential educational and cognitive difficulties associated with preterm birth, “parents should be reassured that the magnitude of these differences is not always substantial, particularly for those born at later gestations.”

And they suggest that sibling comparisons have caveats and that since the causes of preterm birth are complex and poorly understood, “efforts to identify and improve on other socio-environmental factors could be a more successful approach to mitigating any associated neurocognitive deficits.”