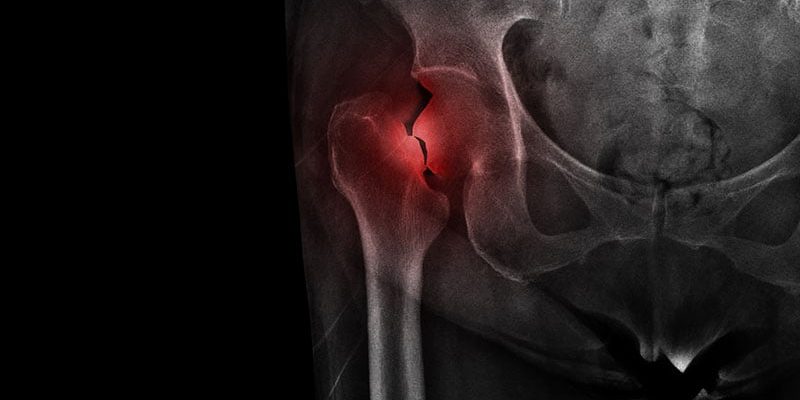 High levels of high-density lipoprotein cholesterol (HDL-C) in older adults are associated with a higher risk of sustaining a fracture than those with lower HDL-C levels, a new study suggests.

“Two animal studies showing that HDL-C reduces bone mineral density by reducing osteoblast number and function provide a plausible explanation for why high HDL-C may increase the risk of fractures,” Monira Hussain, MBBS, MPH, PhD of Monash University in Melbourne, Australia told theheart.org | Medscape Cardiology. “So, it was not surprising when our analyses provided evidence that amongst those in the highest quintile of HDL-C (>74 mg/dL) there was a [33%] increased risk of fractures.”

After adjustment, one standard deviation increment in HDL-C level was associated with a 14% higher risk of fracture during a 4-year follow-up.

Based on this and other studies, Hussain said, “I believe that the finding of a very high HDL-C [should] alert clinicians to a higher risk of mortality, fractures, and possibly other threats to their patient’s health.”

The study was published online January 18 in JAMA Cardiology.

For this report, the researchers conducted a post-hoc analysis of data from the Aspirin in Reducing Events in the Elderly (ASPREE) clinical trial and the ASPREE-Fracture substudy.

ASPREE was a double-blind, randomized, placebo-controlled primary prevention trial of aspirin. Participants were 16,703 community-dwelling Australians and 2411 individuals from the US with a mean age of 75 and without evident cardiovascular disease, dementia, physical disability, or life-limiting chronic illness.

The ASPREE-Fracture substudy collected data on fractures reported post-randomization from the Australian participants. Fractures were confirmed by imaging and adjudicated by an expert panel and included both traumatic and minimal trauma fractures.

Of the 16,262 participants who had a plasma HDL-C measurement at baseline (55% women) 1659 (10.2%) experienced at least one fracture over a median of 4 years. This included 711 minimal trauma fractures (eg, falls from standing height) and 948 other trauma fractures, mainly falls on stairs, ladders, or stools.

Higher rates of fractures occurred in the highest quintile of HDL-C level where the mean level was 89 mg/dL. At baseline, participants in that quintile had a lower BMI, a high prevalence of current/former smoking and current alcohol use, 12 years or longer of school, more physical activity, and higher use of antiosteoporosis medication. They also had less chronic kidney disease, diabetes, prefrailty/frailty, or treatment with lipid-lowering drugs.

In a fully adjusted model, each standard deviation increment in HDL-C level was associated with a 14% higher risk of fractures (HR, 1.14). When analyzed in quintiles, compared with participants in Q1, those in Q5 had a 33% higher risk for fracture (HR, 1.33).

Prevalence rates were similar between the sexes. The increase in fracture risk appeared to be independent of traditional risk factors for fractures, including age, sex, physical activity, alcohol use, frailty, BMI, smoking status, diabetes, chronic kidney disease, use of lipid-lowering or anti-osteoporosis drugs, and education, the authors note.

The results persisted in sensitivity analyses in restricted subgroups of interest and in stratified analyses — including, for example, only minimal fractures; participants not taking anti-osteoporosis drugs or statins; never smokers; non-drinkers; and those engaging in minimal physical activity (walking less than 30 minutes per day).

No association was observed between non–HDL-C levels and fractures.

The authors conclude that the study, “provides robust evidence that higher levels of HDL-C are associated with incident fractures in both male and female individuals, independent of conventional risk factors.”

Commenting on the study for theheart.org | Medscape Cardiology, Marilyn Tan, MD, clinic chief of the Endocrine Clinic and clinical associate professor of medicine at Stanford University School of Medicine, said, “I certainly would not recommend anyone do anything to actively lower their HDL levels. HDL levels are largely determined by genetics, diet, and lifestyle, with some effects from certain medications/supplements. Studies have demonstrated that moderately higher HDL levels may be protective for atherosclerosis.”

In the current study, she said, “Causation has not been proven, and importantly there is no evidence that reducing HDL levels reduces fracture risk. Also, this association between raised HDL levels and fracture risk has not been demonstrated consistently in other studies.”

Furthermore, she noted, the preclinical trials on which the authors based their hypothesis — ie, an association between HDL and a reduction in the number and function of osteoblasts — “has not been demonstrated widely in human subjects.”

“We have a large armamentarium of FDA-approved treatments for osteoporosis that have been clinically proven to reduce facture risk very significantly, and these are the tools [in addition to lifestyle changes] we should use to reduce fracture risk,” Tan concluded.

John Wilkins, MD, of Northwestern University Feinberg School of Medicine in Chicago and Anand Rohatgi, MD, MSCS, of University of Texas Southwestern Medical Center in Dallas, also point out some limitations of the study in a related editorial.

They note the inclusion of predominantly healthy adults with a mean age of 75, a population that could yield different findings from middle-aged cohorts with chronic illnesses, as well as a lack of clarity regarding the possible role of alcohol intake among the study participants.

Furthermore, the editorialists write, although significant associations were shown in this study, “models were not adjusted for detailed measures of exercise/activity, triglycerides, or any other lipids, including other HDL compositional measures such as HDL-P or ApoA-I levels. There was no assessment of whether HDL-C improved discrimination, reclassification, or any other validated measures of risk prediction performance.

“Taken together,” they conclude, “this study alone leaves several unanswered questions as to whether high HDL-C could be a useful biomarker to detect fracture risk.”

No commercial funding was disclosed. The authors report no relevant financial relationships.