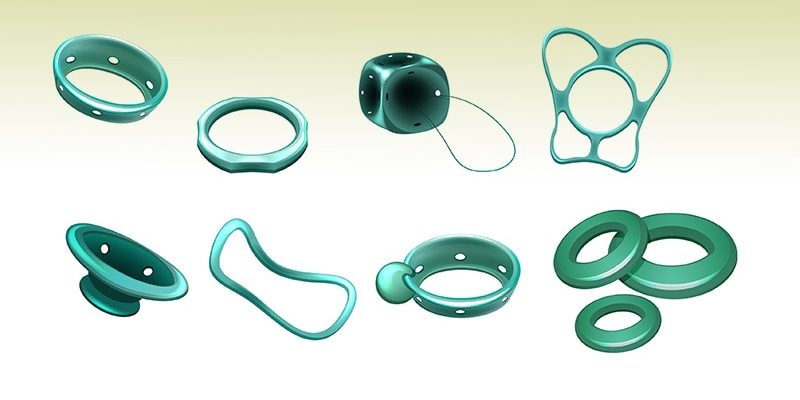 The standard nonsurgical treatment for pelvic organ prolapse does not appear to work as well as surgery to correct the problem, Dutch researchers have found.

Pelvic organ prolapse is an uncomfortable condition, causing a troublesome vaginal bulge, often accompanied by urinary, bowel, or sexual dysfunction. Between 3% and 6% of women develop symptomatic prolapse, with the highest incidence in women aged 60-69 years — a fast-growing demographic.

Although many women choose surgical treatment, the American College of Obstetricians and Gynecologists recommends that women be offered a vaginal pessary as a noninvasive alternative, despite inconsistent data from observational studies on their effectiveness.

Lisa van der Vaart, MD, a doctoral student in ob/gyn at the University of Amsterdam, the Netherlands, and the lead author of the new study, said that differences in outcome measures, small sample size, and lack of long-term follow-up have bedeviled previous comparisons of the two techniques.

“We thought it was very important to perform a randomized control trial on this subject to improve counseling to women who suffer from symptomatic pelvic organ prolapse,” van der Vaart said.

She and her colleagues conducted a noninferiority randomized clinical trial that recruited 1605 women with stage II or higher prolapse who were referred to specialty care at 21 hospitals in the Netherlands between 2015 and 2019. Of the 440 women who agreed to participate in the trial, 218 received a pessary, a device inserted into the vagina that provides support to tissues displaced by prolapse, and 222 underwent surgery.

Results were similar for the smaller group of participants who completed the study per protocol, without crossing over to a treatment to which they had not been allocated.

However, neither the intention-to-treat nor per-protocol analysis met the prespecified criteria for noninferiority, suggesting that use of a vaginal pessary is not equivalent to surgery.

The study also found differences in adverse events. Among women randomly assigned to surgery, 9% suffered a postoperative urinary tract infection, and 5.4% underwent additional therapy, such as pessary or repeat operation.

But use of a pessary also had downsides. The most common adverse event was discomfort (42.7%), and by 24 months, 60% of the participants in the pessary group had discontinued use.

van der Vaart said that she was surprised by the high number of women assigned to the pessary group who later elected to undergo surgery. “Women should be told that their chance of crossing over to a surgical intervention is quite high — more than 50% do eventually end up having surgery,” she said.

Cheryl Iglesia, MD, director of the National Center for Advanced Pelvic Surgery at MedStar Health and Professor of Obstetrics and Gynecology and Urology at Georgetown University School of Medicine, in Washington, DC, was also struck by the high crossover rate. “We’ve had the same pessaries probably for the last 100 years,” she said. “We need to get better.”

Iglesia welcomed new approaches to making vaginal pessaries that are custom designed for each woman’s unique anatomy using 3D printing and pointed to promising initial clinical trials of disposable pessaries. With the aging of the population and demand for treatment of prolapse increasing, she cited a need for better nonsurgical alternatives: “We have a work-force issue and may not have enough adequately trained urogynecologists to meet the demand for prolapse repairs as our population ages.”

The study was funded by a grant from ZonMW, a Dutch governmental healthcare organization. van der Vaart reported grants from ZonMW (Dutch government institution grant) during the conduct of the study.

Ann Thomas, MD, MPH, is a pediatrician and epidemiologist living in Portland, Oregon.