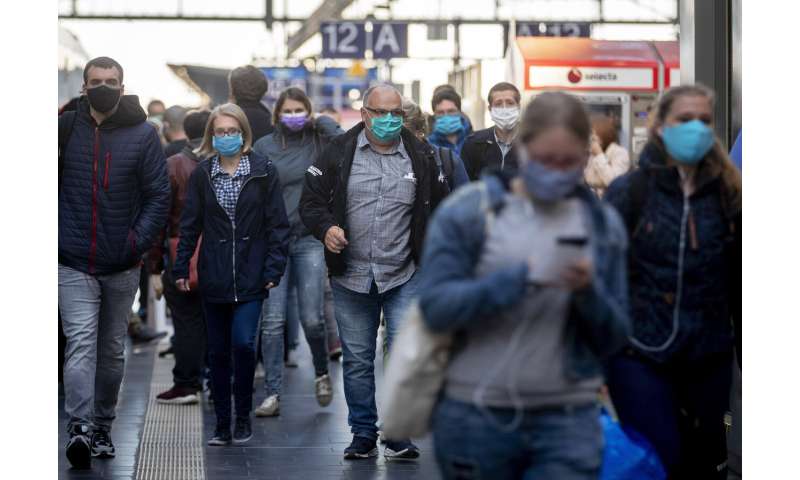 The trial starting Monday will allow national computer systems that run tracing apps in the Czech Republic, Denmark, Germany, Ireland, Italy and Latvia to communicate with each other via a central hub.

If the tests succeed, travelers from each of the six countries will be able to use their own apps while abroad in the other five to ensure they’re notified if they have been in close contact to another user who tests positive.

Tracing apps were touted as a potentially game-changing tool to reduce the spread of COVID-19, but most have been beset with privacy concerns, technical problems or users’ apathy.

Among the most popular apps is the one developed in Germany, which has been downloaded 18 million times in a country of 83 million. So far an estimated 3,700 people in Germany have confirmed in the app that they tested positive, alerting other users they were in close contact with over the previous fortnight that they might have been exposed.

Getting apps to work across borders has posed a headache because of differing national data protection rules and tracing systems in place. But officials say that the large number of people traveling across the EU for work and leisure makes communication across national apps essential.

“Travel and personal exchange are the core of the European project and the single market,” Thierry Breton, the EU Commissioner for the single market, said in a statement. “The gateway will facilitate this in these times of pandemic and will save lives.”

Operators hope the gateway, consisting of a server located in Luxembourg, will be fully functional next month.