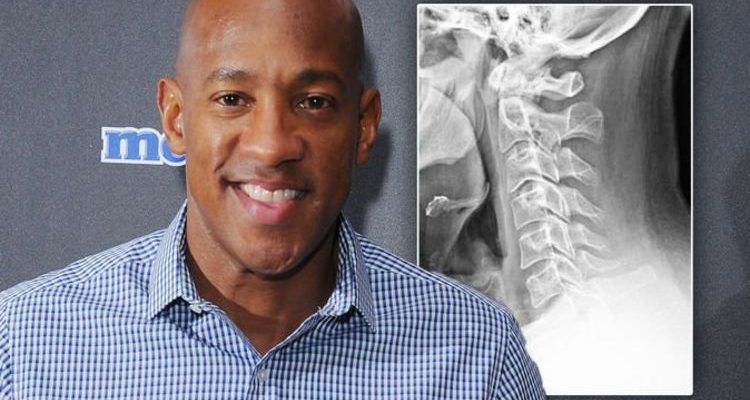 We will use your email address only for sending you newsletters. Please see our Privacy Notice for details of your data protection rights.

Dion Dublin, 51, is best known as the former Coventry City and Aston Villa striker, who also achieved four England caps. But the former Premier League star has previously spoken out about his serious neck injury that could have left him paralysed.

Dublin started his career with Norwich City, in 1988, before subsequently securing transfers to Cambridge United, and Manchester United.

He stayed at Old Trafford for two years, from 1992, scoring two goals for United.

But he really made a name for himself at Coventry, where he scored 61 goals in 145 games.

The striker made even more appearances for Villa, scoring 48 goals in 155 matches. 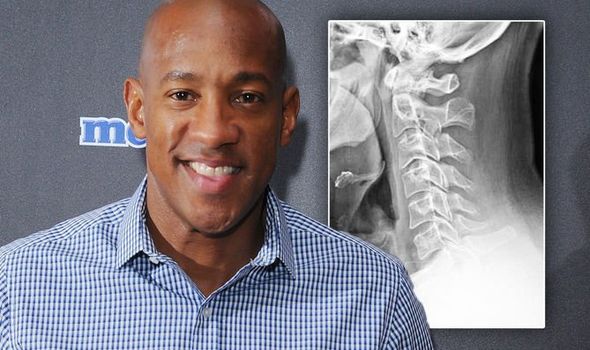 But in December 1999, while playing for Villa, Dion suffered a broken neck in a tie against Sheffield Wednesday.

The injury threatened to end his career, and it may have even been life-changing.

Dion had a titanium plate inserted into his neck, to hold three vertebrae together.

But, miraculously, he ended up back on the football pitch just three months later.

Dion admitted that he was very lucky to recover so quickly from the horror injury.

He largely thanked his surgeon, Andre Jackowski from The Birmingham Spinal Clinic, for his speedy return to action.

“I was lucky enough to carve a career doing something I love,” Dion wrote for the clinic.

“At the age of 29 I broke my neck during a match. The support I had at the time from those around me was amazing. 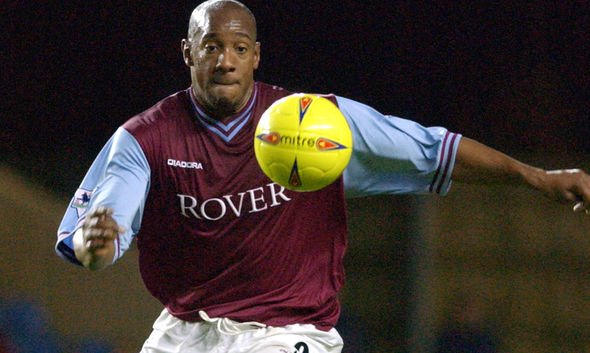 “If I hadn’t had the help from family, friends, my physio Jim Walker, Dr Barry Smith and my surgeon Mr Andre Jackowski, I can’t imagine where I would be now.

“Mr Jackowski told me ‘Dion, you’ve broken your neck. I’m just going home to have something to eat and I’ll come back and put you right’.

“He was so confident. I thought he was being blase but I now know he’s an amazing person. He told me I’d be playing again in three-and-a-half months. Almost exactly to the day, I was back on the pitch.”

“I look at the world, my job and life differently now. Nothing is important apart from my family and health. If you’ve got those you’ve got to be happy.”

A broken neck can be easily repaired, like any other bone in the body.

But on some occasions, it can be very severe, and it could even be life-threatening.

It’s most usually caused by severe trauma, and all neck breaks should be treated as a medical emergency.

If you’re worried that you’ve broken a bone in your neck, you should speak to a doctor straight away.