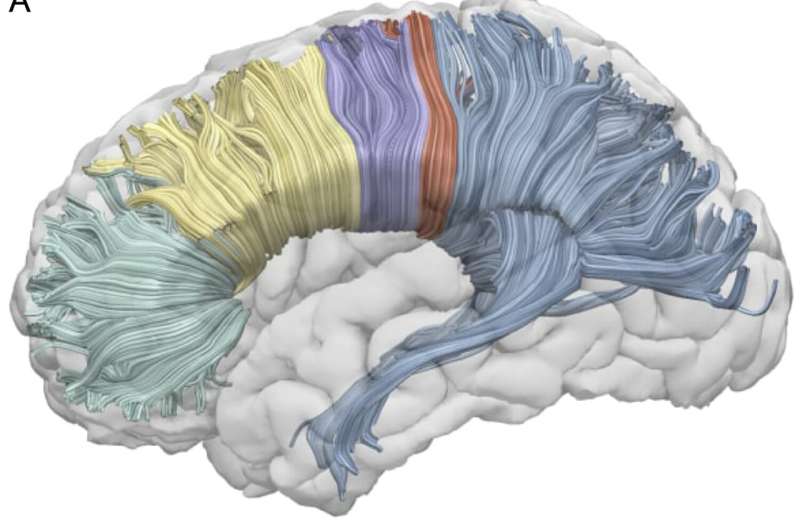 A study by the HSE Centre for Language and Brain has confirmed the role of the corpus callosum in language lateralization, the distribution of language processing functions between the brain’s hemispheres. The authors came up with an innovative language task for their study subjects and applied advanced neuroimaging methods to the data collected. A paper on their findings has been published in PLoS ONE.

Functional asymmetry between the two cerebral hemispheres in performing higher-level cognitive functions is a major characteristic of the human brain. For example, the left hemisphere plays a leading role in language processing in most people. However, between 10% and 15% of the human population also use the right hemisphere to varying degrees for the same task.

Traditionally, language lateralization to the right hemisphere was explained by handedness, as it is mainly found in left-handed and ambidextrous (using both hands equally well) individuals. But recent research has demonstrated a genetic difference in the way language is processed by left-handed and ambidextrous people. In addition to this, some right-handed people also involve their right hemisphere in language functions.

These findings prompted the scientists to consider alternative explanations—in particular, by looking at brain anatomy to find out why language functions can shift to the right hemisphere. Researchers at the HSE Centre for Language and Brain hypothesized that language lateralization may have something to do with the anatomy of the corpus callosum, the largest commissural tract in the human brain connecting the two cerebral hemispheres.

The researchers asked 50 study participants to perform a sentence completion task. The subjects were instructed to read aloud a visually presented Russian sentence and to complete it with an appropriate final word (e.g., “Teper ministr podpisyvaet vazhnoe…”—”Now the minister is signing an important …”). At the same time, the participants’ brain activity was recorded using functional magnetic resonance imaging (fMRI). Additionally, the volume of the corpus callosum was measured in each subject.

A comparison between the fMRI data and the corpus callosum measurements revealed that the larger the latter’s volume, the less lateralization of the language function to the right hemisphere was observed.

“The study’s innovative design and use of advanced neuroimaging have made this conclusion possible. Brain lateralization in language processing is usually hard to measure accurately, as typical speech tasks used in earlier studies (eg image naming, selecting words that begin with a certain letter or listening to speech) tend to cause activation only in some parts of the brain responsible for language functions but not in others. Instead, we developed a unique speech task for fMRI—sentence completion—which reliably activates all language areas of the brain,” says Olga Dragoy, Director of the HSE Centre for Language and Brain.

It is important to add that the authors reconstructed the volume and properties of the corpus callosum from MRI data using an advanced tractography technique: constrained spherical deconvolution (CSD). This is more suitable than traditional diffusion tensor imaging for modeling crossing fibers in the smallest unit of volume, the voxel (3D pixel), and is therefore more reliable.