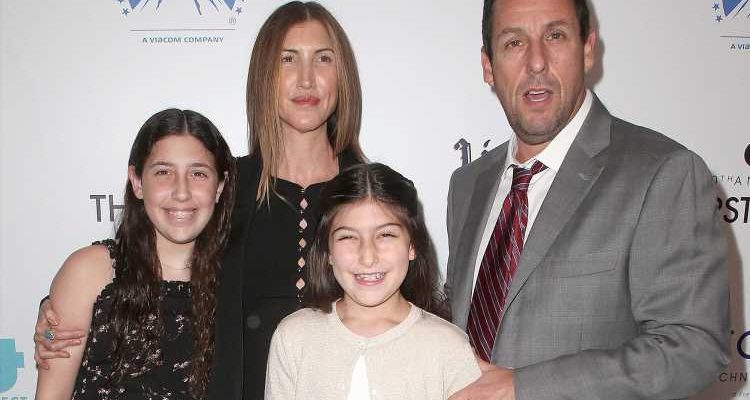 Adam Sandler's daughters might not be going into the family business.

During a Monday appearance on The Drew Barrymore Show, Sandler talked to his The Wedding Singer, Blended and 50 First Dates costar about how working on a movie set for Netflix's Hubie Halloween was a different experience than his girls Sunny Madeline, 11, and Sadie Madison, 14, had perhaps expected.

"Drew, you would think the kids would be very excited … to be in a movie. By around … I'd say if they were in a movie and they get to set at 8, I'd say around 9:20, I'm hearing, 'How much more?! Please let me leave!' " said Sandler, 54, putting on a hilarious voice to mimic his daughters.

"They make it look like I'm forcing them to do it," he added. "Meanwhile, they were asking me the whole damn year, 'Can I be in your next movie, Daddy?' "

Never miss a story — sign up for PEOPLE's free daily newsletter to stay up-to-date on the best of what PEOPLE has to offer, from juicy celebrity news to compelling human interest stories. "Because movies take a long time — the days are long," said Barrymore, 45. "Are they working 'special hours' because of their age or are they working full time?"

"I hide 'em out in my trailer. They hang out; they've got their friends anyways," Sandler told her. "And then I knock on the door and go, 'They're ready, let's go.' And they're like, 'They're ready?!' They always play crazy, like they didn't know they were shooting a movie. I go, 'You don't have your makeup on?!' They're like, 'No, I'll do it now!' It's disgusting, Drew."

Sandler and his family (including wife Jackie, who also appears in the film) shot in Salem, Massachusetts. And he recently told PEOPLE that he's "glad" the girls did the movie, as they enjoy "Halloween," "acting" and "dressing up."

Sunny and Sadie have displayed an affinity for another of their dad's talents too, though — music! Sunny showed off her pipes in June 2019 during one of Sandler's comedy shows, singing "A Million Dreams" from the The Greatest Showman to cheers from the crowd.

Last fall, both of the sisters joined their famous father on stage during a charity performance, where they performed Taylor Swift's "Lover" in front of an audience that included big names like Julia Roberts, Sean Penn, Courteney Cox, Kaley Cuoco, Rami Malek and Elizabeth Olsen.

The performance drew a standing ovation from the crowd. The delighted audience also chuckled at the girls' slightly altered lyrics at the beginning of the song when, instead of singing about Christmas lights, Sadie and Sunny replaced it with Hanukkah lights.

"Thank you for being so nice to them," Sandler said to the crowd after the performance. "They were dying to be a part it. Girls, you did great! Sounded awesome — confident and cool. I love you, now get out of here."