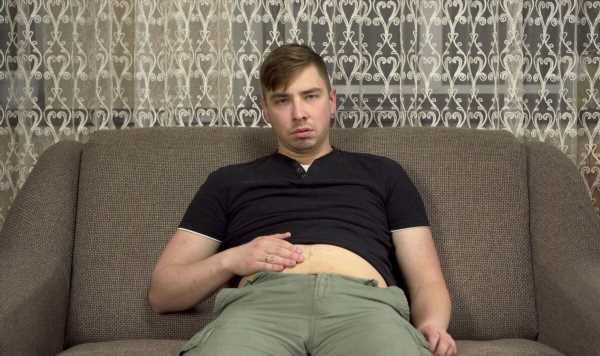 The US research team, based at the University of Alabama at Birmingham, noted the gut microbiome is involved in multiple pathways in the pathogenesis of the brain disorder. For the analysis, the investigators looked at the genetic material recovered from stool microbiome in those with and without Parkinson’s disease. There were 490 people enrolled in the study who had Parkinson’s, in addition to 234 healthy controls.

All participants were from the Deep South region of the United States, which helped to eliminate confounding geographic and cultural influence on the gut microbiome.

Professor Haydeh Payami said: “The primary aim of this study was to generate a full, unaltered view of the imbalance in Parkinson’s disease gut microbiome.

“We found evidence for multiple mechanisms that we know are linked to Parkinson’s disease.

“But we didn’t know they were happening in the gut also and are orchestrated by the microbiome.”

READ MORE: Covid Kraken symptoms to watch out for as the variant becomes the ‘most transmissible’ yet

The researchers studied 257 species of organisms in the microbiome, and of these, analysis indicated 84 (more than 30 percent) were associated with Parkinson’s disease.

“We found that over 30 percent of the micro-organisms and bacterial genes and pathways tested have altered abundances in Parkinson’s disease, which indicates a widespread imbalance.”

Calling the research “exciting”, Professor Payami is planning on continuing the study with a larger sample size.

“We anticipate that in the near future we will have the tools and the analytic power to use metagenomics as a new approach to study Parkinson’s disease heterogeneity,” he said.

“[To] investigate the potential in manipulating the microbiome to prevent, treat and halt the progression of Parkinson’s disease.”

The progressive neurological condition affects around 145,000 people in the UK, Parkinson’s UK says.

“It’s the fastest growing neurological condition in the world,” the charity points out.

READ MORE: Man, 19, diagnosed with pancytopenia due to lack of vitamin B12 – caused by meat-free diet

Parkinson’s disease occurs when nerve cells in the brain, which are responsible for making dopamine, have died.

When the level of dopamine begins to deplete in the brain, physical manifestations start to take hold.

One of the main symptoms of the neurological brain condition is an uncontrollable tremor.

While not everybody will experience this symptom, other signs of Parkinson’s disease can include:

There are over 40 symptoms of Parkinson’s disease, but people’s experience of the condition can vary.

If you suspect you could have Parkinson’s disease, it would be beneficial to note down the symptoms you are experiencing that are concerning you.

By detailing your experience to a doctor, further investigation can begin to identify the underlying cause, which may or may not be Parkinson’s disease.

The research paper is published in the journal Nature Communications.